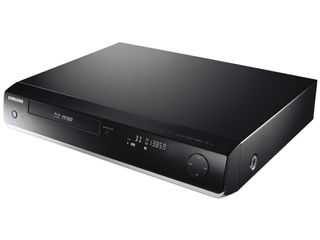 Samsung's new BD-UP5000 supports the full range of HD DVD features, which is more than can be said for LG's first Multi Blue duo player

The arrival of Samsung's new dual-format Blu-ray and HD DVD duo player, the BD-UP5000, could be delayed until next year. When Samsung launched the duo player at IFA 2007 last month, it was confident that a 2007 release could be achieved, but this looks unlikely now according to web rumours.

The player, which is set to cost more than it would be to buy both an HD DVD player and Blu-ray player separately, is Samsung's first device that supports HD DVD discs.

Samsung says that it doesn't want to shape the future of the HD format war, it wants its customers to decide.

The company said at IFA 2007 that the new player blends the benefits of each format in a single unit, offering access to high-definition movie titles regardless of the authoring format.

The key benefit of the BD-UP5000 is that it supports the full range of HD DVD features, which is more than can be said for LG's first BH100 Multi Blue duo player.