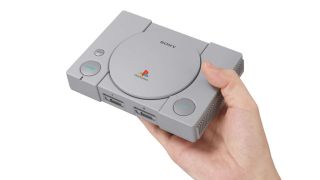 Since Sony announced that it would be releasing the PlayStation Classic, we've been eagerly awaiting the full list of games that will be available to play one the mini version of the original PlayStation.

Today Sony finally released the pre-loaded games list, and it's full of fans favorites, with everything from Metal Gear Solid to Grand Theft Auto.

Here are all the games you'll be able to play on the PlayStation Classic:

Although many are excited about the variety of nostalgia-inducing games that will be available to play on the PlayStation Classic, some disappointed fans have taken to Twitter to air their grievances:

I was really looking forward to getting the PlayStation Classic but now that I see the games, no Crash Bandicoot? No Tomb Raider? None of the old 'Smackdown!' games? Looks like I won't be getting it now! 😞 https://t.co/pa6RkGEpYJOctober 29, 2018

The Playstation Classic game list was not worth the wait, it's so underwhelming 😒October 29, 2018

Not everyone was disappointed though:

Not one bad game on that PlayStation classic . pic.twitter.com/s9tNmOUr6HOctober 29, 2018

The PlayStation Classic goes on sale on December 3, costing $99.99 in the US, £89.99 in the UK and $149.99 in Australia, and it comes with a virtual memory card, an HDMI cable to connect to your TV and two full size wired controllers .