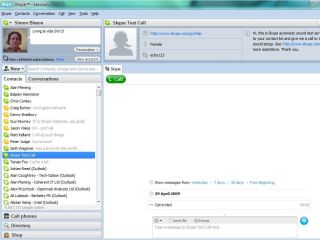 You need version 4 of Skype for Windows 7, because older versions rely too much on complex details of Windows internals

Usually, when Microsoft talks about compatibility with Windows 7, it's either impressively big numbers - Senior VP Bill Veghte claiming Microsoft has logged 10 million device installs on Windows 7 between the beta and release client and that over 10,000 hardware and software vendors are developing for Windows 7 - or broad generalisations, like corporate VP Mike Nash saying that "by and large apps that worked on Vista should work on Windows 7 as well, if not a little bit better".