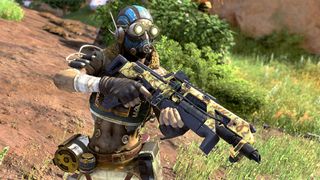 Apex Legends' three members squads are unique amongst Battle Royale shooters, allowing players to team up with friends or randomly-matched squad mates in order to have a better fighting chance against opposing attackers.

However, developer Respawn Entertainment is changing things up (albeit for a limited time) with the introduction of a new Solos mode which will take a more traditional 'every man for himself' approach when it launches next Tuesday on August 13, as revealed by the official Apex Legends Twitter account.

Next week, only one can reign. 👑The Iron Crown Collection Event featuring an all-new Solos limited time mode begins 8/13. pic.twitter.com/8tG4EhIqQfAugust 6, 2019

The new mode will be only be available for a limited time as part of the game's upcoming Iron Crown Collection Event, which will end on August 27, 2019. The event also promises new skins and other content.

As the new Solos mode is basically a trial, we imagine that Respawn may consider rolling it out as a permanent addition to the game if it does turn out to be a hit with players.

One thing's certain: Apex Legends will play very differently as a free-for-all, as co-operation with team members is vital to the game in its current form – without its excellent ping system, is it even really Apex Legends?