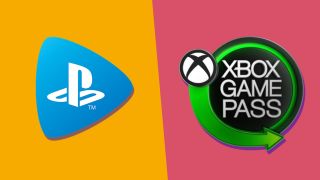 PS Now vs Xbox Game Pass: which game subscription service will get your hard-earned dollars? We're juggling all sorts of subscription services nowadays: Netflix, Amazon Prime, Disney Plus, and Spotify are all competing for your cash, but this is increasingly becoming the case for games, too.

It's worth remembering that neither platform properly equates to a Netflix-style model but, with the popularity of Xbox Game Pass and the gains PlayStation Now is making in mind, both are a more viable means of consuming videogames than ever before.

If you can't justify owning both, it's worth knowing the differences between Xbox Game Pass and PlayStation Now. So we'll be going into what each service is, how much it costs, and the strength of their respective game libraries.

Both Game Pass and PS Now are game subscription services that, in exchange for a flat monthly fee, give you access to a library to hundreds of games. However, you only own these games as long as your subscription is active.

But there are differences: PS Now allows you to stream the 500+ games in its library, as well as the choice to download them to your PC or PS4 hard drive. Following Sony's acquisition of cloud gaming company Gaikai in 2012 for $380 million, PS Now members can play titles on a remote server, if their internet speeds are strong enough.

Sony recommends at least 5 mbps, but 10+ will be better for interruption-free gameplay, and that can go higher for the most graphically intensive experiences. However, while this saves on hard drive space, irritating mid-game disconnections are a possibility. In any case, an Ethernet connection is always preferable to wi-fi for the best quality stream.

However, PS Now is available on PS4 and PC, making the platform the only way mouse and keyboard loyalists can play Sony exclusives like Bloodborne, The Last of Us, and Uncharted.

Game Pass only has the capacity for members to download games to their PC or Xbox One, which requires HDD or SDD drive space, and the time to download them. That said, Microsoft's Fast Start functionality uses machine learning to download the essential parts of a game first.

While Game Pass is not a streaming service - Microsoft has that covered with Project xCloud - there's no limit on your number of game downloads and you have access to them offline for up to 30 days. While Xbox 360 games are included, the service can only be used on an Xbox One - and it's on PC, but it's still in beta and with a smaller library.

PlayStation Now can be purchased for longer time periods at increasingly better value - however the service currently isn't available in Australia.

Microsoft's service, however, comes with a two-week free trial, and often with Xbox Game Pass deals such as $1 for the first month. Should you need it, here's how to cancel Xbox Game Pass, which you can also do at any time.

Xbox Game Pass rocketed in popularity in 2019 with some serious triple-A scalps. Highly anticipated games like The Outer Worlds launched day one on the platform, along with Microsoft first-party exclusives like Gears 5. Expect upcoming exclusives like Halo: Infinite to also arrive on launch.

There are usually around 200 Game Pass titles available at once - and a smaller 150-strong collection on Game Pass for PC - with games coming and going every month. Keep an eye on your console's Game Pass tab to see which games are leaving. You can also buy and keep Game Pass games for a 20% reduction and a 10% discount for associated DLC.

There are more games on PS Now, but it's arguably quantity over quality. New titles from the PS2, PS3, and PS4 generations are added to its 650+ game library each month and they include heavy hitters like Red Dead Redemption 2 as well as Sony exclusives The Last of Us and Horizon: Zero Dawn. But unlike Game Pass, they tend not to appear on day one. That said, it's a great way of replaying older games without booting up an older console.

Going into 2020, Xbox Game Pass is the stronger service, but PS Now is steadily narrowing the gap. The key factor that swings in favour of Microsoft's platform is the quality of its library, and how quickly they arrive. Of course that depends on the company with the exclusives you prefer.

But PS Now is quickly improving. Sony has expanded its library with stronger titles, cut the price, and introduced downloads to complement its streaming options. However, as internet speeds improve, streaming is only going to become more viable.

Either way, Sony and Microsoft will surely be investing heavily in both their subscription offerings. The green team will aim to capitalise on their recent success and Sony will likely start launching their games on PS Now at launch, if they hope to catch up. With Google and even Amazon looking to claim their own slice of the video game pie, the winner of the subscription battleground may well decide the next-gen console war.