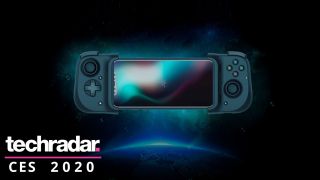 Devices supported by the Razer Kishi

Razer has revealed the Kishi universal mobile gaming controllers at CES 2020, with one eye clearly on the emergence of cloud gaming. The Switch-style controllers are available for either Android and iOS devices, offering native support for "most" mobile games that are controller-compatible, according to Razer. It was designed in partnership with Gamevice, a company that specializes in console-quality controllers for mobile devices.

It really looks the part, and it features clickable analog buttons and sticks. The Razer Kishi connects via Apple Lightning or USB-C for low latency play, and it supports pass through charging, too. While you might want to pair the Kishi with Fortnite or older Final Fantasy games on your phone for now, the Kishi is clearly geared towards a future where we're comfortably using cloud streaming services like Project xCloud or Nvidia's GeForce NOW to play games away from our PCs or consoles.

Here's a look at the controller from the front and the back:

This isn't the first accessory to support this kind of control, by any means, but the production values of a Razer device and wide range of compatible handsets should help it stand out. No price was mentioned for the Razer Kishi, but its predecessor the Razer Junglecat cost $99 (about £75 / AU$144), which should be some indication of the range to expect here. It starts shipping in the early part of this year.

The Nintendo Switch's design has clearly had an impact on some of the products revealed during CES this year. Alienware's UFO Concept, for example, packs the capability of a gaming PC into a similar-looking device.