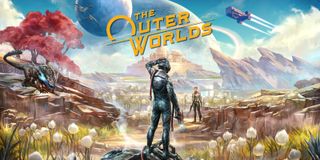 The Outer Worlds is one of the most anticipated games of 2019, and for good reason. With the Fallout: New Vegas developer at the helm of this massive sci-fi RPG, and a good sense of wacky humor underpinning the action, it looks to put some fun back into a genre weighed down with gray, unrelenting post-apocalyptic landscapes.

Enjoying The Outer World's popping colors and lively environments, though, may be a bit harder on some consoles than others.

Obsidian has confirmed that The Outer Worlds will only be available to play in 4K resolution on the Xbox One X console – as well as PC – without the same 'enhanced' 4K feature on the PS4 Pro.

Regardless of the quality you'll be playing in, The Outer Worlds will launch on PS4, Xbox One, and PC on October 25 – though PC gamers will need to use the Epic Games Store for now.

We don't know if Microsoft's acquisition of Obsidian has anything to do with this news, though it sets a sad precedent for developers offering a tiered experience between platforms at the expense of the player experience.

It's always a shame to see quality vary between platforms, though of course how much it affects you will depend on your gaming platform of choice – as well as the resolution of the monitor or television you're using.

You'll need a 4K TV to play games in 4K, anyway – and anyone playing on the regular PS4 or Xbox One S won't have the option of native 4K games. The eventual Nintendo Switch port of The Outer Worlds will also be capped at HD resolution, due to the console's hardware limitations.