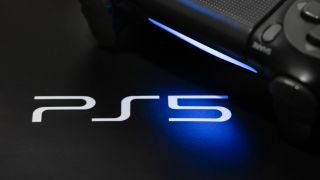 How much will the PS5 cost? It looks like even Sony may not know – amid rumors that scarce parts are driving up the development cost for the console as it nears mass production.

A report in Bloomberg suggests that the rising costs of DRAM and NAND flash memory parts – crucial for the smooth functioning of the console’s onboard processor, and also in high demand for new smartphone releases – makes balancing the books for the PS5 price difficult, and that Sony may even be putting off its pricing decision to figure out what cost to put on consumers.

Microsoft’s plans for the Xbox Series X are key here, as Sony could well decide to sell the hardware at a slight loss to stay competitive with the other console. The PS4 benefited from a lower cost than the Xbox One, and Sony likely won’t be keen to reverse that for this generation.

It’s worth noting, though, that this is just speculation for the launch price, and that we expect the price to drop at some point to keep up sales momentum, even if – like the PS4 – it takes a couple of years to do so.

The PS4 price was announced in February 2013, around nine months before the console’s release, and Sony was widely expected to follow a similar pattern with the PS5.

However, rumors of an early February unveiling of the console have proven incorrect, and if these pricing challenges are true, it could see Sony delay the formal announcement of the console’s cost until later in the year.

We were already treated to a dreadfully unexciting unveiling of the PS5 logo back at CES 2020, and we really hope we won’t see Sony drip-feed minor aspects of the console rather than give it the show it deserves. An unveiling for the PS5 controller! A cabaret show for the HDMI port! Where does it end?