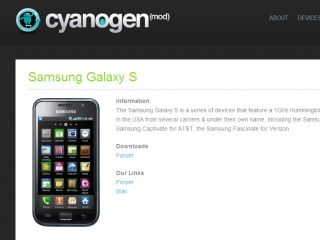 CyanogenMod is a custom Android ROM development site; where tinkering with the source code and pushing the software in unforeseen directions is encouraged.

So is Samsung looking to introduce exclusive new features to its TouchWiz Android overlay?

Quite possibly; with ever more me-too Android handsets finding their way on to the market, it'll become more important for manufacturers to differentiate themselves on the software side.

And, with Samsung tipped to be building the next flagship Google handset, dubbed by some as the Google Nexus Prime, it will want to ensure a top notch user experience if it releases the handset under the Samsung brand to nab its own share of the sales.

But what Kondik will be working on directly is anyone's guess; what we do know is that CyanogenMod will carry on regardless of his new job.

According to Kondik, Samsung has no plans to license CyanogenMod – for now, at least.

Off to buy a smartphone? Cool your jets until you've watched our smartphone buyer's guide which is full to bursting with top tips and advice: