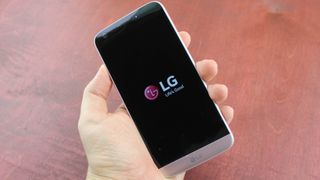 LG has admitted that sales of its flagship LG G5 were 'somewhat slow' as it announced its second quarter financial results.

LG sounded an optimistic note about the coming months, particularly around the LG V series which includes the quirky LG V10.

But it appears the LG G5, the most significant phone on sale for LG this year, has underperformed for the company, despite positive reviews.

"Overall smartphone shipments increased 3 percent from the previous quarter with a total of 13.9 million smartphones shipped in the second quarter.

"The launch of the new V series and expanding sales of mass-tier K and X series models are expected to improve the business unit's performance next quarter."