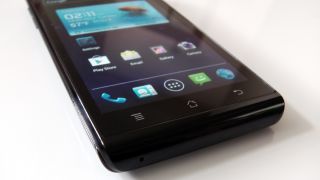 The Huawei Ascend P2 won't be sporting the full HD display which has previously been reported, with the mid-range handset having to make do with a 720p offering.

Yu added that a 1080p display under 5 inches in size would be pointless, as the human eye wouldn't be able to distinguish the difference between that an a 720p offering - take that HTC One.

If the Ascend P2 does become reality it will slide in below the flagship Huawei Ascend D2 which sports a 5-inch, full HD IPS+ display.

We expect to see the Huawei Ascend P2 at MWC 2013 next week, so keep a look out for our hands on review.