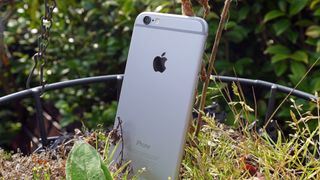 The iPhone of today

Rivals don't get much fiercer than Samsung and Apple, but Samsung will reportedly make the majority of CPUs for the upcoming iPhone 6S, expected later this year.

Samsung is to make 75% of the core processors for the iPhone 6S, according to South Korean publication Maeil Business Newspaper.

It cites sources from within the semiconductor industry that suggest 2015 is going to be a Samsung-Apple love-in.

There are precedents for this move, though: it's not as odd as it may first appear.

Samsung used to make iPhone chips back in the era of the iPhone 5S, but Apple currently uses TSMC to produce the chipsets for the iPhone 6 and iPhone 6 Plus.

Using simple logic, the next iPhone and its CPU are likely to be called the iPhone 6S and the Apple A9, although as usual Apple won't speak a word of either officially until launch time.

What is rather amusing is that this means the iPhone 6S may use more Samsung-derived processors than the Samsung Galaxy S6.

Samsung usually mixes things up with a version that has a Samsung Exynos processor and another with a Qualcomm-derived one - with the top candidate for 2015 being the Snapdragon 810.