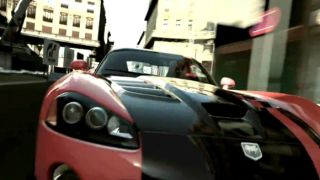 Is this one of the big titles coming our way?

E3 might be just weeks away but Sony has obviously heard about a certain new Xbox console being revealed very soon, and is determined to divert our attention back to the PS4.

A post made by Playstation blog manager Fred Dutton said that Sony had a busy week ahead of it (this week, in fact) and that all eyes should be kept on the blog for some "intriguing" game announcements.

"We've a busy week in the offing, with some intriguing game announcements planned," read the post, to be exact.

Who needs E3 when you have a blog?

Well, we're certainly intrigued. Sony has taken advantage of the build-up to E3 in the past, using the time to announce the likes of LittleBigPlanet 2.

But what could be coming this week? Grand Turismo 6? Plenty of leaks suggest it's on its way. How about a new Uncharted? Maybe even the return of a certain familiar orange bandicoot?

We might also expect a few other titles to launch on both PlayStation consoles simultaneously like Diablo III is set to. Needless to say, we'll be sat here bashing that F5 button until Sony makes good on its promise and delivers the goods.