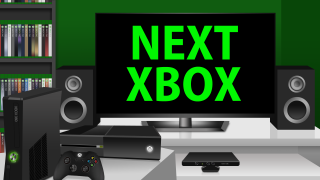 After Sony revealed that it's sold 30 million PS4s in the two years since the console's launch, and with the Xbox One reported to have only shipped around 10 million units, one might think Microsoft would shy away from committing to another games console. But Microsoft's Phil Spencer never really was the kind of person to do the stuff you'd think he would.

Spencer said in a recent interview that gamers should "fully expect that you'll see another console from us […] Our best customers are Xbox console customers, and I want to keep those people engaged both on the Xbox One and anything we might do in the future. I'm 100% committed to that".

Of course Spencer didn't give any specifics when we might see the next Xbox (now officially known as the Xbox Series X), which hopefully won't be called the Xbox Two, but followed up his statement with: "I don't want to dilute what the Xbox console customer feels. I want to expand what we're able to do for more customers."

Microsoft stopped reporting the sales numbers of the Xbox One back in October, presumably because it didn't want to draw more attention to the fact that it was losing ground to Sony.

While any of us might have predicted that the Xbox One wasn't going to be the Dreamcast of Microsoft's venture into consoles, it's nice to know that the company hasn't let sales numbers deter it from its commitment to the next generation of game hardware.