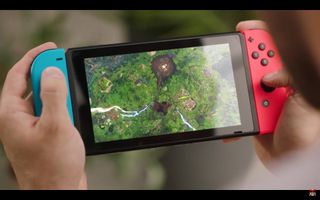 It was rumored long before E3 2018 started, but now it’s been confirmed: Battle Royale hit Fortnite is coming to Nintendo Switch and it’s available on the Nintendo Switch eShop from today 10am PT/ 6pm BST.

Confirmed during Nintendo’s E3 Direct on June 12, it’s the Battle Royale version of the game that will be coming to Switch, rather than the full save the world mode. Even better than being released today, it’s going to be completely free.

Given that Fortnite: Battle Royale is already available on PS4, Xbox One, PC, iOS and, soon, Android, creating a Nintendo Switch port makes a great deal of sense. Now those who haven't experienced the Battle Royale with friends will have the chance to do so.