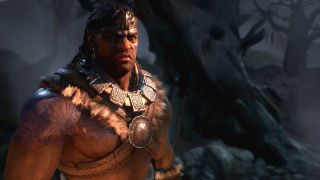 The Coalition studio head Rod Fergusson has announced he's leaving the Gear of War developer to oversee the Diablo franchise at Blizzard Entertainment.

Fergusson officially made the announcement on Twitter, revealing that he will be joining Blizzard in March where he will, no doubt, join the team in developing the upcoming Diablo 4 and Diablo 4 Immortal.

Starting in March, I will join Blizzard to oversee the Diablo franchise. Leaving is bittersweet as I love our Gears family, the fans, and everyone at The Coalition and Xbox. Thank you, it has been an honor and a privilege to work with you all. pic.twitter.com/0FuO3RFYSQFebruary 5, 2020

Fergusson has been overseeing development of the Gears of War franchise since 2014, when Microsoft bought the series from Epic Games.

This move will certainly be a blow to Microsoft and the Gears franchise but with two new games on the way, this is definitely an exciting time for the industry veteran to be jumping to the Diablo franchise.

What does this mean for Diablo?

While we're not expecting to see roadie runs making an appearance in Diablo 4, someone with a wealth of experience joining the Diablo team is certainly no bad thing. Especially given that Fergusson helped steer Gears 5 to critical success last year.

And that's the kind of direction that Blizzard (arguably) could do with right now. The company has received backlash from fans a fair bit over the past few years for a variety of reasons ranging from their reaction to the Hong Kong protests to the disappointing reveal of Diablo Immortal - if we're keeping it short and simple.

The Diablo Immortal reveal also somewhat forced the company's hand, meaning it had to reveal Diablo 4 at BlizzCon 2019 - likely before it was intended.

But regardless, we now know Blizzard is working on not one, but two Diablo games. We don't know much about either, and we're not expecting releases anytime soon, but we're hoping that, with Fergusson at the helm, both games will be worth the wait.