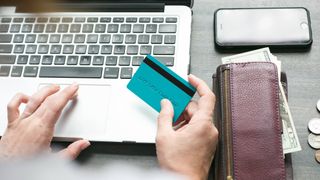 While Black Friday is becoming a global phenomenon, it's still rooted in the US and it's set to be bigger than ever. With the Black Friday deals falling on November 29, with the Cyber Monday deals following close behind on December 2.

There's not a huge difference between the two, except for Black Friday usually sees product-specific deals, whereas Cyber Monday is when retailers usually make site-wide discounts.

Black Friday is increasingly becoming a week or even month long event for some retailers, with Amazon Black Friday deals starting mid-November last year - meaning there was more than a week of extra deals.

With so many deals from so many different retailers, it can be tricky to know how best to prepare for Black Friday, but we've got you covered - read on for our tips for getting the best deals come the end of November in 2019.

We're going to start off with a little shameless self-promotion - but if you want to stay on top of all the breaking Black Friday and Cyber Monday news and updates in real time, bookmarking our 2019 deals page is a great start.

We also have dedicated Black Friday and Cyber Monday pages for all the big retailers - check them out below:

Your wishlist doesn't have to be retailer-specific - just have an idea of what you're looking to buy on November 23. For example, do you need a new soundbar to complement your entertainment system? Are you looking for a budget-friendly work laptop?

A number of websites, including Amazon, allow you to create wishlists within the site, which is a great place to start. However, if you're not particularly retailer-loyal, it's probably worth making your own to give you a sense of focus when it comes to looking for deals on Black Friday.

3. Get your accounts in order

Black Friday deals should begin at the end of November, at the stroke of midnight after Thanksgiving - and you really don't want to have to sign up to every website you shop from in the early hours of the morning - so it's definitely worth setting aside 15 minutes before then to make sure you have accounts with the retailers you're planning on hitting up on Black Friday.

It's also a good time to make sure your delivery and billing information is up to date as items can sell out very quickly on Black Friday and Cyber Monday, and every minute counts.

Some retailers have dedicated Black Friday mailing lists. if you want to be the first to know about a store's deals, you may want to sign up ahead of time.

It's never a good idea to splash your cash without doing your research, and the same goes for Black Friday - it's important to know exactly what you're looking for so that you spend wisely.

For instance, if you're looking for a new soundbar, does it need to support Dolby Atmos? How wide should it be? Should it have Bluetooth built-in? From there you can begin narrowing your search down to specific brands and models.

It's also important to look at technical specifications instead of model numbers - that way, if you can't find the the exact product you were after, you can find something similar quickly.

That's why TechRadar has so gosh-darned many buying guides - if you're wondering how to get the best out of the top tech this year, and which are worth buying, take a look at the articles listed to see what's relevant to you. Doing your tech research is invaluable when scouting for deals over the Black Friday weekend.

There will be a lot of discounts over the Black Friday and Cyber Monday period, and it's easy to fall into the trap of buying things for the sake of it - that's why it's a good idea to set yourself a budget, whether you plan on buying one product or many.

If you do plan on spending a substantial amount of money this year, it's worth setting aside a little bit each week - after all, Black Friday falls at an odd time this year, so you might accidentally get caught short, budget-wise, if you're not smart and know precisely how much to spend.

Whatever you do, don't splurge all your cash in the sales if you've just been paid... December can be an expensive month already so don't go into it with your reserves depleted.

6. Prepare to get up early (or stay up late)

Most of the big retailers will publish their Black Friday deals from midnight on November 29, so you may want to stay up on Thursday night to ensure you don't miss any of the big discounts.

That being said, it's been common in years gone by for websites to crash as a result of the huge influx of traffic on Black Friday and Cyber Monday, so some retailers have suggested waiting for the quietest buying times to do your shopping.

Argos in the UK, for example, has said that the best time to shop on its site is between 3 - 4 am, so it could be worth setting your alarm for then if you want to avoid the cyber crowds - and the same can be said for the big brands in the US, who will also be unleashing deals at midnight (and also a fair amount in the run-up too).

It's not just retailers looking to make a lot of money on Black Friday and Cyber Monday; unfortunately the event does bring the fraudsters and scammers out of the woodwork.

The main way you can stay safe this year is to use your common sense - never give out your credit card or login details, be wary of unsolicited emails, and think twice before clicking on 'too good to be true' offers on social media sites.

Now is as good a time as any to make sure your anti-malware software is updated (if you're using a PC), and always pay securely using your debit/credit card or PayPal as opposed to direct money transfers.

You should also be aware of retailers bumping up the price of their products before discounting them on Black Friday - making the discount seem better than it really is. That's why it's a good idea to check out the prices of the products you're looking to buy ahead of time, to give you a general idea of the non-discounted price.

That's another reason to stick with TechRadar when it comes to the best deals - our experts will hand-pick the best deals they find in order to make sure you're getting the best savings possible.

8. Buying a gaming console? Bundles are your friend

Hot on the heels of next generation model announcements from the big video game companies, retailers will likely have a backlog of PS4 Pro, Xbox One X and Nintendo Switch consoles to get rid of on Black Friday - so, if you've waited until now to buy one, you could be looking at great deals on console bundles.

For those of you that aren't familiar with the term, a bundle is when a console is offered alongside a game, often representing a better value for money than buying the console and game separately.

In 2017, Amazon offered some brilliant bundle discounts on PS4 Pro and Xbox One, but not the Nintendo Switch as it had only been out for a few months; however, there weren't the same kind of savings in 2018.

That said, in 2019 we're expecting something better - as the PS5 and new Xbox are expected soon, as well as the Nintendo Switch Lite being here, there could be some huge savings afoot on consoles.

Although there isn't a huge difference between Black Friday and Cyber Monday, there are some instances where it might be better to wait for November 26 before making your purchases.

For example, if you're more interested in fashion than tech, some retailers are expected to offer site wide discounts on Cyber Monday, meaning it's well worth your while to wait.

Cyber Monday is also typically a good time to find deals on small appliances and white goods, so if you're looking for a new microwave, it's a good idea to hold off until then.

Most retailers offer a continuation of their Black Friday deals into Cyber Monday, occasionally  dropping prices even further - whether you wait all depends on how much you're willing to risk the item selling out completely.

It looks like the Black Friday and Cyber Monday season is going to be longer than ever this year, with some retailers offering discounts a week, and even a month in advance - we definitely saw that in 2018.

One benefit of this is that it spreads traffic for these retailers over a longer period, meaning websites are less likely to crash - the downside is that you need to be extra vigilant when it comes to tracking down discounts.

The best way to keep up to date with the latest discounts and deals is to keep an eye of our Black Friday 2019 deals page, which will be kept constantly updated as new deals come in.

A word of caution however: last year, most of the best value deals began appearing towards the end of November, so unless it's a deal to die for, you're probably better off waiting until the week of Black Friday to do your shopping.

Stay locked on TechRadar to get the best Black Friday deals

We'll be covering all the best deals in real time in the lead up and on the day on November 29, so make sure you check back with this article and our other Black Friday and Cyber Monday deals pages regularly.

For all the breaking deals info and money-saving tips you need, make sure you follow TR Deals on Twitter so you don't miss out on any amazing discounts this year.