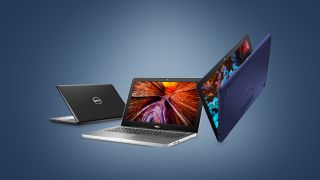 When looking to buy a school laptop, you don't normally have to worry about getting a powerful machine with the latest processor and huge amount of RAM as you might for a gaming laptop.

However, you will still need to ensure it has good enough specifications to run smoothly (ie, at least 4GB RAM), and additionally have enough media connections to cater for a range of study needs, such as USB ports and perhaps a CDR drive. As schools often use online services, such as subscriptions to Office 365 and Google Classroom, hard drive size isn't actually a big issue unless you want the laptop to be used for more than just school work.

On top of this, you also need to ensure that the laptop is practical not just in ability but also in terms of size, as large and heavy laptops are not going to be good for any school child to be carrying all day. That also means that big screen laptops are probably out of the running. Battery life should also be very good.

Therefore competent hardware, accessibility, and ease of portability are going to be key deciding factors when it comes to choosing a laptop for school. Additionally, it's good to have a range of budget options to consider, as premium laptops won't suit everyone, and budget laptops may be a better investment when it comes to surviving knocks in the classroom.

Bearing all of that in mind, here we'll look at what we think are the best laptops for school in terms of practicalities and functionality.

Best laptops for school - at a glance

The Acer Aspire 1 is a great entry-level laptop, offering a solid AMD Celeron processor and 4GB of RAM, meaning you should be able to run Windows 10 along with a few applications with relative ease and little lag.

At 1.65 kg it weighs in at the slightly heavier side of small laptops, but not by much, and the 14" screen should be practical, even though it offers high resolution rather than HD - making it fine for schoolwork rather than watching the latest movies.

Connectivity is good with lots of options, including 3 USB ports (2 x USB 2, 1 x USB 3), plus an SD media card reader, an HDMI and Ethernet port, as well as built in Bluetooth and Wifi connection. There's also a built-in basic webcam, mic, and audio system.

The big limitation with this machine is the memory, with two main editions offering either a 32GB or 64GB hard drive - which isn't a lot, especially when Windows 10 will take a few gigs out of that. Then again, it's likely to be easily enough memory for saving schoolwork to, and perhaps even a few simple games.

Overall, as a budget entry laptop for school it does exactly what it needs to do, but it's going to be limited when it comes to general use - which may or may not be an added benefit.

The HP Stream is another budget entry 14" screen laptop, but has the advantage of being especially stylish-looking in the white edition, so it can look more expensive than it actually is. Additionally, the base model has a more powerful Celeron processor than the Acer Aspire 1 above, with additional variations offering improvements for only a little more money. At 1.47 kg it also comes in a little lighter.

Memory is still a limitation, though, with no more than 64GB on the hard drive for Windows 10 to install as well as for saving files. Again, this makes the HP Stream good for school work, home work, and maybe a little more, but again

this is not a hardcore gaming or media machine.

In terms of connectivity and other features, it's a standard set of 2 x USB 2.0 ports plus one USB 3.0 port, as well as a media card reader, HDMI port, plus Ethernet port for connectivity, as well as built-in Bluetooth and WiFi. Again, there's also a simple webcam and audio system with a mic.

Overall, better specifications and a better design make this a small step up from the Acer Inspire 1, while still working to a very low budget. Also, do watch for bundles that some retailers throw in with this, which can sometimes include a limited subscription for Office 365 and OneDrive storage.

The Acer Aspire 3 is a big step up from its smaller cousin in every way. It has a HD 15.6 inch screen, more powerful processor, and a 1TB hard drive so there's plenty of storage memory for all ordinary activities.

Additionally, while there are 4GB and 8GB RAM versions, we strongly recommend the 8GB RAM version as it'll ensure that this machine runs like a breeze. And that's what really makes this laptop such a good choice, because not only does it come in relatively cheap at around $350/£350, it is a completely competent machine for almost any ordinary work load.

In terms of connectivity, it offers the usual standard of 2 x USB 2.0 ports plus a USB 3.0 port, as well as multi-media card reader, HDMI and Ethernet ports, on top of built-in Bluetooth and WiFi connectivity.

Overall, while there are bigger and stronger laptops on the market, the Acer Aspire 3 is actually a really good general use machine, with enough memory to run smoothly with plenty of storage capacity. Although recommended here for school use, it would also be perfectly useful for college or university, as well as general personal and business usage.

The Asus Vivobook range offers good solid workhorses for general use, and the S15 is no exception. It also comes with a HD 15.6 inch screen, but it also houses a powerful I-7 Intel processor alongside 8GB of DDR4 RAM. Even better, it's only a little more expensive than the Acer Aspire 3, making it something of a cost-effective upgrade if needed.

One thing it does less is hard drive storage capacity, coming in at 512 GB - plenty enough for most general use, let alone school work - but with the added advantage that it's a solid state drive (SSD) making it potentially more reliable and faster than any drive above.

It offers the standard range of connections (2 x USB 2.0, 1 x USB 3.0, Ethernet, HDMI) but with the addition of a USB-C connector, as well as Bluetooth 5 and WiFi 6 also built in, offering a little more possibility than the other machines featured above.

Overall, the Asus Vivobook S15 is another solid laptop with decent specs that should satisfy most anyone with general computing needs, and easily do most ordinary tasks without any problems. As a laptop it's more than enough to cope with most any school curriculum.

If budget is no object, then the best overall Windows 10 laptop you can buy right now is the Dell XPs 13. It's been a Techradar fave for years because of its stylish design, solid build, specs, and reliability, and each new iteration simply adds to the range without compromising any previous advantage or aspect of its functionality.

The screen is only 13.3 inches, but it's Ultra HD meaning that the images you have will be sharp and clear. It's also a touchscreen for easier use with apps. The smaller screen also has the plus of being reducing the laptop’s weight to just 1.2 kgs, making it the lightest on this list.

Under the hood can vary according to which model you get, but at its best the XPS 13 has a powerful quadcore I-7 Intel processor and a generous 16 GB of RAM, making it idea for graphical applications that would otherwise strain less powerful laptops. Additionally, it can come with a 1TB SSD hard drive for extra speed and reliability.

It also has great connectivity, including 2 x USB 3.0 ports as well as 1 x USB C, plus 2 x HDMI ports, on top of already integrated Bluetooth and Wifi. Also installed is a widescreen webcam and an array of four digital microphones.

Overall, the Dell XPS 13 is the most expensive laptop on this list, but it's a top of the range machine and is likely to be useful to anyone for years. Also note that due to the carefully selected materials used, it's the most environmentally friendly option on the list as well.

Read our review of the Dell XPS 13 here.