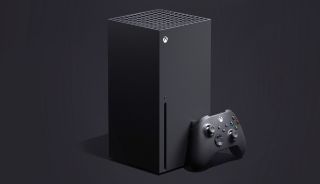 Microsoft’s Xbox Series X is due to hit shelves in late 2020 and, while we know some key details about the next-gen console like what it’ll be called and look like, there’s still plenty that we’re in the dark about.

What exactly will the Series X be packing under its hood? What other launch games can be expected? And how much will it cost?

We know the Series X will be a powerful machine but if Sony’s victory in the PS4 Vs Xbox One war taught us anything, it’s not all about power.

So, here at TechRadar, we’ve put together a list of our most-wanted features for the Xbox Series X – however, some are definitely more likely than others.

When it came to competing with the PlayStation 4, the Xbox One struggled considerably due to its lack of (good) exclusives. While Sony was throwing out bigger hitters like Horizon Zero Dawn, God of War and Marvel’s Spider-Man, Microsoft has generally offered a poor selection of exclusives from seasoned, but arguably tired, franchises like Halo and Gears of War - although I am super excited for Halo Infinite.

Yes, Microsoft exclusives typically stick to be either indies, shooters or racing games but I think that if it starts making more moves into the action-adventure genre, then Microsoft could be onto a winner.

If Microsoft harnessed the power of Xbox Game Pass to create unique and narrative-drive exclusives that appeared on the game subscription service from day one, it could potentially turn the tide when it comes to Sony having the upper hand in that regard.

When Microsoft announced that future Xbox exclusives would be making their way to the PC through the Play Anywhere program, I was absolutely ecstatic. I only really like playing games on PC, so having that option was simply amazing. However because Microsoft seems to be taking the Xbox in the direction of being a multi-system platform rather than a single console, I’d love to see the Xbox Series X run Windows 10.

Now, obviously, using Windows 10 with a controller would be its own special kind of nightmare, but I’m confident Microsoft could figure it out. After all, Windows 10 works as a tablet operating system quite well. Maybe a special version of Windows 10S, so that Xbox fans that aren’t tech savvy won’t destroy their system with malware.

I just think that giving folks the option to install different programs would be an awesome way to further bridge the gap between Xbox and PC. And, well, I kind of want to benchmark the Xbox Series X when it comes out. How would the Cinebench R20 score compare to the Ryzen 7 3700X?

Uh oh… who let the PlayStation fan in here? It’s true, when it comes to consoles, my flag is firmly planted in Sony’s camp. Always has been, likely always will be. However, the biggest blockade for me when I consider Xbox again (I flirted with a 360 for a couple of years, but it was very much second in line to my PS3) is the controller.

Sure, Microsoft has whittled down the ungainly offering from the original Xbox, but I find it’s still fundamentally a bad choice. It’s too big, too angular and don’t even get me started on the analog stick placement.

The PlayStation controller has hardly changed since the birth of the DualShock in 1997. The difference between the original Xbox controller (in 2001), the 360 offering (2005) and then the One series gamepad (from 2013 onwards) is more marked.

Sony got it right and has kept with a winning formula, Microsoft is still searching. Hopefully with the Xbox Series X it gets it right. Will it win me over? Probably not. But your hands will thank me.

Vic summed it up with 'better exclusives' – it's Microsoft's weakness, and it knows it, hence the spate of acquisitions that have happened in the last couple of years. Playground's rumored Fable game is probably still years away, but this needs to be Microsoft's counter to Sony's array of successful open world games.

Fable still has a lot of goodwill, even though the last proper entry was released nearly a decade ago. But tonally it's still unique. Let's hope the next one still lets you buy every single house in its world, thereby breaking the in-game economy.

I would love nothing more than to finally retire my Oppo UDP-203 4K Blu-ray player - but in its current form, the Xbox One X just can’t compete in terms of providing quality media playback. Now sure, the Xbox One X can play 4K Blu-rays, and even supports Dolby Vision and Atmos via streaming, but it’s not quite the all-in-one ultimate home entertainment center Microsoft promised back in 2013.

And look, before you call me out for wanting another entertainment-focused console, I don’t want these features to supercede the Series X’s ability to play games in native 4K or anything like that - I want both a great games console and a great media device. It’s 2020 and if Microsoft ends launching this at a premium price point, I think it’s totally fair to expect both.

A reason for PC gamers to buy one
Matt Hanson: Computing Editor

I love games. My rapidly-expanding Steam and Epic Games Store libraries, along with my collection of consoles - both modern and classic - attests to this. But I have never owned an Xbox console.

To begin with, it was because Microsoft’s exclusives simply didn’t interest me. When the original Xbox came out, I was a cash-strapped student with a PS2 - arguably the best console ever made, and with a catalog of games that meant what little money i did have was spent on classics like GTA 3, TimeSplitters, Shadow of the Colossus and God of War (as well as instant noodles).

The Xbox never tempted me. And when the Xbox 360 came out, again I wasn’t tempted - and in fact was put off by Microsoft’s decision to put online multiplayer behind a paywall. As a PC gamer, that’s a baffling and anti-consumer move.

Of course, by the time the catastrophe that was the Xbox One came about, Microsoft had no chance convincing me. The console was overpriced and underpowered, and again there were no exclusives that i wanted. And now Microsoft has made it so that all the games it publishes come out on PC and Xbox - why would I ever want an Xbox?

So I’d really like to be proven wrong with the new Xbox. I’m not sure how Microsoft could convince a PC gamer like me to buy one of its consoles. It’s not off to a good start, I’ll tell you that much. The allure of consoles is that they are compact, more affordable and simple to use - something I admit PC gaming fails at.

But the Xbox Series X looks big, bulky and ugly, will probably cost a lot, and these days consoles can be just as frustrating as PCs when it comes to having to download patches and updates. The fact that Microsoft will no doubt launch a more powerful Xbox not long after with new specs means you can’t even be sure that the console you buy this year will be able to play games well in five year’s time - another traditional benefit of consoles.

How can Microsoft win me over? Make the Xbox Series X cheaper and more powerful than any PC I could build myself. Make online free again. Make exclusive games that I can only play on the device, and make them good.

Will Microsoft do any of that? I’m not so sure.