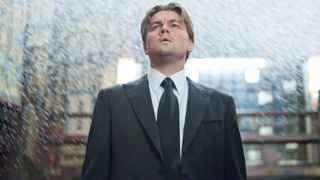 As you probably know, there are vast differences between Netflix UK's content and the movies available in other Netflix territories. That's not necessarily a bad thing. Sure, you'll generally find bigger premieres and archives of older studio movies on rival services Sky or Now TV, but Netflix is investing heavily in its own original film output.

That means that alongside great movies from other studios, there's a growing contingent of exclusive projects from acclaimed directors. For every dire action movie you'll find on Netflix, like Bright starring Will Smith, there's a prestige flick by Martin Scorsese, the Coen Brothers or Alfonso Cuarón. As the battle over exclusive content revs up between streaming services, you should only expect Netflix's own films to get better.

In this list, we've picked out 20 films on Netflix UK that we think you'll love. They cover comedies, dramas, documentaries and kids' movies, and we'll update this list as older movies depart Netflix and newer films are available to stream.

Not in the UK? Find the best Netflix movies where you are below.

Added to Netflix UK in early 2020, the third John Wick movie somehow finds more ways to amp up the scope of its martial arts set pieces over the second movie, including a fight in a stable, a sword fight on motorbikes and a knife fight in a knife store. John Wick: Chapter 3 - Parabellum is a beautifully shot movie, too, and even though the action is arguably ridiculous, there's no doubting the level of craft that goes into the fight choreography. It's the best at what it does. And Keanu Reeves is perfect as Wick, steely and unflappable even when faced with more and more ludicrous opponents.

Still the best of the newer DC movies, arguably not including Joker, Wonder Woman ditches the dreariness of the preceding Batman Vs Superman for a mix between a fun fish-out-of-water comedy and a serious Great War-set drama. Gal Gadot is a perfect fit for Diana, while Chris Pine's sincere soldier Steve Trevor complements the cast.

The Irishman grabbed headlines for the CG de-ageing process applied to actors Robert De Niro, Al Pacino and Joe Pesci in this movie, but when you watch this epic crime drama, you'll understand why this creative decision was so important. Based on a biography of Frank Sheeran, a union official who gets caught up in the illegal activities of the Bufalino crime family, this long but rewarding picture by the masterful Martin Scorsese takes place over decades. The changing faces of the actors underlines the idea that you're watching Sheeran's actual life story play out.

The original Blade Runner was a singular masterpiece, and while this sequel set decades later isn't close to being as good, it's still well worth watching. Directed by Denis Villeneuve, who made 2016's sci-fi original Arrival, Blade Runner 2049 takes us back to a cyberpunk LA in visually spectacular fashion. Ryan Gosling's K, a replicant designed to 'retire' other older models, discovers that humans and replicants can have children. This revelation eventually leads him to encounter former blade runner Rick Deckard (Harrison Ford).

Based on the best-selling book by Gillian Flynn, Gone Girl is a thriller about the disappearance of Amy Elliott Dunne (Rosamund Pike) and the ensuing suspicion that surrounds her husband, Nick (Ben Affleck). But this movie is a lot stranger and more subversive than it's set up to be, and the dynamic of this abusive marriage is not what it would seem. It doesn't look like the type of movie that Fight Club director David Fincher would make, on the surface, but by the end you'll realise why it was a perfect fit.

Christopher Nolan's dream heist movie was an original sci-fi hit in 2010, and even though it's been dissected and discussed to death in the intervening years, it's still a fantastic blockbuster. Leonardo DiCaprio headlines an all-star cast, and plays Dom Cobb, whose expertise is in stealing secrets from inside people's dreams. That basic idea, of invading people's dreams, is taken to its logical conclusion by the film's end, taking you into dreams within dreams, with trippy imagery to match.

This story of a marriage coming apart isn't as devastating to watch as you might think. It explores the complex mixed emotions that come as part of breaking up with someone you once loved, and how this family's structure is impacted by the decision to divorce. Adam Driver and Scarlett Johansson put in arguably career-best performances, here.

The Ballad of Buster Scruggs

This anthology of six short films by the Coen brothers takes places in the 19th-century Old West in the years after the American Civil War. Starring James Franco, Tom Waits, and Zoe Kazan, the Ballad Of Buster Scruggs switches rapidly between sentimental, pastoral scenes of the West and brutal violence.

Joe (Joseph Gordon-Levitt) is a looper, which means he kills criminals sent from a future where it's much harder to get rid of a body. It's a straightforward and lucrative line of work, until he's forced to kill the older version of himself (Bruce Willis), for reasons that only later make sense. A zippy and innovative sci-fi thriller from director Rian Johnson.

To All The Boys I've Loved Before

This teen romance follows high schooler, Lara Jean, as she tries to navigate school after five secret love letters are sent out to her crushes by mistake. Based on the young adult trilogy by Jenny Han, the film quickly became one of Netflix’s most successful original films after its release in October 2018.

From the director of Gravity and Children of Men, Alfonso Cuarón, Roma is the story of a housekeeper Cleo, as she and her family come up against social hierarchy and political turmoil in '70s Mexico. This semi-autobiographical film is said to be inspired by Cuarón’s own upbringing, and has been widely acknowledged as one of the best films of 2018, winning two Golden Globes for Best Director and Best Foreign Language Film.

Channing Tatum and Jonah Hill star in this laugh-out-loud comedy about two police officers who go undercover in a US high school. It's gross-out comedy in places, but it features stellar performances from a cast of actors who really know how to make you laugh. It's a cut above other teen comedy movies of its ilk, thanks to its creative team of Phil Lord and Chris Miller (who worked on both The Lego Movie and Spider-Verse). Jump Street is ideal weekend watching when you need something light and laugh-inducing.

Okja is a fantastic movie that proves Netflix really does know what it's doing when it comes to commissioning films. Made by Bong Joon-ho, who would next direct awards contender Parasite, the film is the strange tale of a little girl and her best friend, a giant animal called Okja. The friendship is threatened when a CEO (a superb Tilda Swinton) wants to take Okja for nefarious means. The whole movie may well be an ode to animal activism but it's such a refreshing movie that you don't mind it preaching to you on occasion.

Netflix picked up the international rights to this movie from Ex Machina director Alex Garland, which was a good call. It’s uncompromising sci-fi that has a smart smattering of horror running through it. Based on the hit series of books The Southern Reach Trilogy by Jeff Vandermeer, the movie focuses on a group of scientists who go into Area X, a quarantined section of Earth where strange things are going on. Natalie Portman is superb as the lead, a biologist who wants to find out what happened to her husband.

Blue Velvet a deeply unsettling yet mesmerising story about a young man (played by Kyle MacLachlan) who gets caught up in the high drama and high violence life of a singer (played by Isabella Rossellini). It's not a relaxing watch, but it's one of Lynch's most famous and unforgettable films. Like his later TV series Twin Peaks, it explores the dark underbelly of everyday life in a small town.

The Cabin In The Woods

This super-smart horror from Joss Whedon and Drew Goddard is a movie that tries its hardest to turn the horror genre on its head, with continual knowing nods to movies of the past and a post-modern spin of the well-worn 'cabin in the woods' theme. Don't go into this movie expecting a normal film-watching experience, but do expect to have fun watching a highly original script at play.

Based on the book by Stephen King, Misery follows a famous author who is rescued from a car crash by a fan. We won’t spoil what happens next, but you can probably guess it’s not exactly the warm, homely kind of recovery you’d expect after you’ve had an accident. It’s certainly not one for the faint-hearted, so prepare to hide behind a cushion for about 50% of the running time.

This charming English-language French film is an absolute feast for the eyes, with enchanting stop-motion animation and a moving story based on the beloved original 1943 book by Antoine de Saint-Exupéry.

Netflix bagged its first Bafta thanks to this stunning documentary. 13th looks at race and the US criminal justice system, showcasing numerous injustices in the way African American people have been treated in the system. The documentary was made by filmmaker Ava DuVernay, who also made the superb Selma.

One of the most important documentaries of the last decade, Blackfish charts the life of killer whale Tilikum, who sadly died in early 2017. Kept in captivity as a 'performance mammal' at SeaWorld, the doc explores the unsightly side of why keeping whales in captivity is a terrible idea. Blackfish had such an impact that SeaWorld decided to phase out its orca shows and rebrand itself. Powerful stuff.