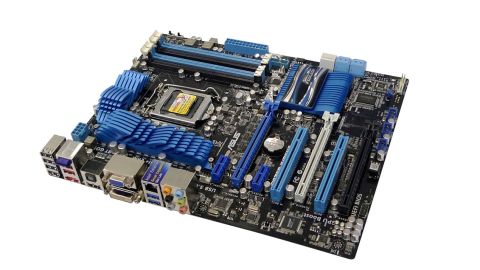 A well priced, well featured board that has some future proofing in the form of its support for the next generation of PCIe slot.

Intel's Z68 chipset, which is at the heart of this Asus P8Z68-V Gen3, has been around for a little while now, so what's with a new motherboard built around it?

Especially from a technology leader like Asus - it's not like it hasn't got a least half a dozen boards in its Z68 range already. There's even a couple that, like the P8Z68-V Gen3, already have PCIe 3.0 support…

The launch of yet another Z68 board is also puzzling when you realise that fast approaching on the horizon is Intel's latest chipset, the Z77.

Despite launching before the new CPUs it will be the lead chipset for the upcoming Ivy Bridge processors, with proposed native support for both PCIe 3.0 and USB 3.0 (finally!).

At a guess all this will come at a premium price, as it always does with a new chipset launch.

And there in a nutshell is what the Asus P8Z68-V Gen3 is all about: offering the latest PCIe specifications on an already pretty well-featured board at a more affordable price for those whose budget can't cater for a board with the latest upcoming technology.