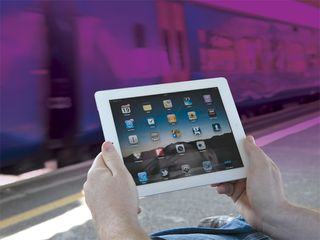 Multimedia powerhouse on the way?

The iPad 3, or iPad HD, will be the first Apple mobile device to pack 1GB of RAM, according to an iOS hacker.

Apple decided against 1GB of RAM for both the iPad 2 and iPhone 4S, opting to include 512MB in each instead.

However an iOS hacker from the Chronic Dev Team has reportedly confirmed that the iPad 3 / iPad HD will pack double the RAM of its predecessor – after de-coding a leaked debug report from BGR.

Sure, 1GB of RAM does not sound particularly impressive on its own, but with it doubling in size over the iPad 2 it signals that a significant upgrade may be on its way.

We are just hours away from Tim Cook taking to the stage to unveil Apple's next generation iPad and finding out what the iPad 3 / iPad HD will deliver. Stay tuned to our Live Blog: iPad 3 / iPad HD launch event for live news from the conference.