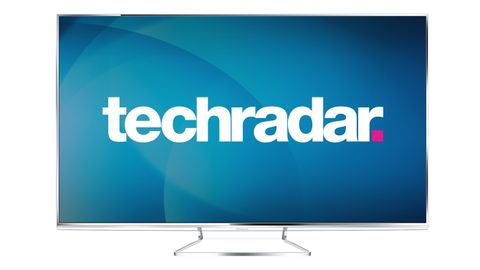 Clumsiness when handling dark scenes, a shortage of video streaming services versus some rival online platforms and a higher-than-average input lag ruin this TV

While Panasonic has been winning plaudits galore for its top-end plasma TVs this year, it's not had quite such a smooth ride with its LCD televisions. The main reason for this has been that it has struggled to keep pace with some rival LCD brands when it comes to producing dark scenes convincingly.

It could just be, though, that the 55-inch Panasonic TX-L55WT65 has what it takes to overcome this problem. As the flagship model in Panasonic's 2013 LCD range, it boasts the brand's premium LCD engine, complete with a 16-zone local dimming system driving its edge-mounted LED lighting array.

It's unusual for an edge LED set to deliver local dimming over so many zones, so you've got to hope that this ability to control the screen's light levels to such a localised degree will lead to a significant contrast boost.

The Panasonic Viera TX-L55WT65's flagship status is also evident in its enormous 3600Hz claimed motion driving system, which is more than twice as powerful as that of the next model down in the brand's range, the Panasonic TX-L55DT50. Indeed, we can't think of any other TV boasting so high a motion processing figure, so this will hopefully lead to the clearest motion handling yet seen on an LCD TV.

On top of these picture quality specifications, the Panasonic TX-L55WT65 is the proud owner of one of the prettiest and slimmest designs we've ever seen, and also gives you Panasonic's latest smart TV system, complete with a built-in camera, the exceptionally friendly My Home Screen Smart interface, and plenty of helpful second-screen functionality.

This strips the motion processing down (as noted earlier) to a still-impressively high 1600Hz, features a slightly less glamorous design, and only applies local dimming over six zones.

If you prefer the extra contrast but reduced brightness of plasma technology, you should check out the Panasonic TX-P55VT65.

Alternatives to the Panasonic TX-L55WT65 from other brands would be the Samsung UE55F8000 and Sony KDL-55W905A. We'll look at these options in more detail at the end of this review.

The Panasonic TX-L55WT65's most blindingly obvious feature is its stunning design, which boasts a super-slim bezel, glinting metallic finish, transparent bottom edge trim, gloss white rear plus a minimalist stand that makes the TV look like it's floating.

Our external examination does throw up one little niggle, in the shape of just three HDMIs when we would expect a TV of the Panasonic Viera TX-L55WT65's status - and price - to have four. But it does well with its other connections, including providing inputs for both Freesat HD and Freeview HD, three USBs, built-in Wi-Fi and a LAN port.

These are all indicative of precisely the sort of multimedia features we would expect of a high level TV in 2013 - playback of video, photo and music files from USB storage devices, streaming of the same sort of files from networked DLNA-capable PCs and access to online services though Viera Connect.

These online services are a bit of a mixed bag. There are apps galore, ranging from games and information apps through to the all-important video streaming services. The online system is stable and pleasantly presented too.

The bad news is that there aren't quite enough video streaming apps. You get Netflix, BBC Sport, BBC iPlayer, YouTube and Eurosport, but there's currently no Lovefilm, no 4OD, no Demand 5 and no ITV Player.

While a bit more online content would be appreciated, though, there's not much to complain about when it comes to the interface provided for accessing the TV's many content sources.

The Panasonic TX-L55WT65 sports Panasonic's new My Home Screen interface, which does a superb job of organising content and enabling different members of your household to set up their own personalised content 'portals'.

The Panasonic TX-L55WT65 is also supported by Panasonic's Viera Control 2 app for iOS and Android smart devices, which enables you to easily share content between your smart devices and the TV. This includes the ability to watch one TV programme sent from the TV on your smart device while another is being watched by other members of your household on the main screen.

What's more, by using 16 local dimming zones (an unusually high number) Panasonic's flagship LCD TV should hopefully be able to deliver its local lighting on a much more accurate basis than any of the models lower down in Panasonic's LCD range.

An enormous claimed 3600Hz panel driving system, meanwhile, delivered through a combination of a 100Hz panel, backlight scanning and frame interpolation technology, bodes well for the clarity of the Panasonic TX-L55WT65's motion reproduction.

The panel at the Panasonic TX-L55WT65's heart is an IPS one, meaning it supports wider realistic viewing angles than rival VA-type panels. Applied to this IPS panel is the filter associated with LG's passive 3D technology, and you get four pairs of free glasses with the TV so your family can get straight down to 3D business.

The last attraction of the Panasonic TX-L55WT65's is its immense set up flexibility. Colour management, gamma controls and white balance fine tuning are all supported, along with loads of control over various aspects of Panasonic's new 'Hexa' processing engine, including its noise reduction and motion control components.

So comprehensive are the Panasonic TX-L55WT65's adjustments, in fact, that the TV comes bearing the backing of the independent Imaging Science Foundation (ISF) group, which can calibrate your TV professionally for you (for a fee) using two provided ISF picture preset slots.