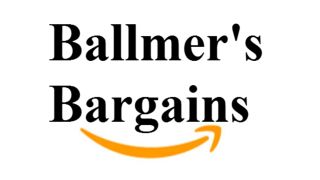 Microsoft was planning its own e-commerce site to go up against Amazon and eBay, which went under the code name of Project Brazil during its development.

Redmond was allegedly having talks with retailers and tech companies, with plans to integrate the service into future versions of Windows and devices such as the Xbox One.

The plan died an early death, but if Microsoft ever tries to reignite the fire, we've come up with some name suggestions it might want to consider:

Fancy some more bite sized news? Check out more of our blips.