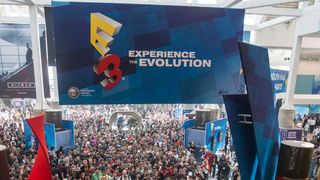 Another year, another Electronic Entertainment Expo. While last year brought us the likes of Mario, Spidey and the 4K HDR-capable Xbox One X, E3 2018 is set to bring us the likes of cowboys in Red Dead Redemption 2, aliens in Anthem and two long-awaited fighting game sequels, Dead or Alive 6 and Super Smash Bros. on Switch.

Like last year, the show floor officially opens up Tuesday afternoon and will remain open until Thursday, but the action really starts on Saturday with EA’s official keynote during EA Play. There you can expect to see the usual suspect of sports games and forays into foreign battlegrounds (roles fulfilled by Madden 19, FIFA 19 and Battlefield V, respectively) along with one or two unexpected surprises.

After EA, we’ve got Microsoft and Bethesda on Sunday, followed by Ubisoft, Sony and the PC Gaming Show on Monday. Last but not least is Nintendo Tuesday morning.

So what, exactly, are we going to see at all these shows? Here are our top five predictions.

#2: But it’s going to be a great year for games - especially from Nintendo. Nintendo has already announced that it will have playable demos of Super Smash Bros at the E3 showfloor (reserve your tickets here) and it’s likely we’ll hear more about Metroid Prime 4.

#3: While Sony won’t have a Norse-inspired set piece at its keynote to wow audiences at Monday’s big keynote, you’ll get to see new footage for some of Sony’s biggest upcoming titles like The Last of Us Part II, Days Gone, Death Stranding and Spider-Man. If we’re lucky, Sony might just have an unexpected announcement for the show…

#4: A leaked keychain might’ve spoiled one of the biggest announcement this year, but that won’t stop Assassin’s Creed Odyssey from stealing the limelight at Ubisoft’s keynote. Alongside the new assassin, Ubi will also likely have more footage of Beyond Good and Evil 2, Transference and its Sea of Thieves killer, Skull and Bones.

#5: Microsoft will show off its collection of first-party titles to counter the idea that there are no exclusives on Xbox One. Expect to see a new Gears of War, Forza Horizon entry and a new trailer for Crackdown 3 ... alongside a reason behind the delay in development.