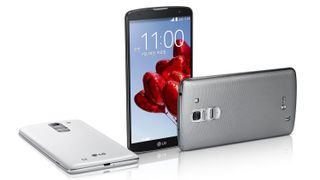 Rumours have begun to emerge about the upcoming LG G Pro 3, with two seperate sources confirming a set of powerful specs – and a suprise new feature.

According to a report that was seen by Mobipicker, the LG G Pro 3 is set to launch with a 6-inch screen that packs a 1440 x 2560 resolution.

It will also come with the new Qualcomm Snapdragon 820 chip, 4GB of RAM and 32GB of storage – which can be expanded via microSD cards.

The LG G Pro 3 will also apparently have a 20.7MP rear camera with an 8MP front-facing camera as well. What makes these rumours slightly more believable is that the specs were separately confirmed by another source, @Leaksfly, a well known Weibo account for smartphone leaks.

Along with claims that a fingerprint scanner will be included with the LG G Pro 3, the @Leaksfly account also let slip another potential biometric authentication feature: pupil recognition.

This will allow the LG G Pro 3 to scan your eyes and let you unlock the device with just a glance.