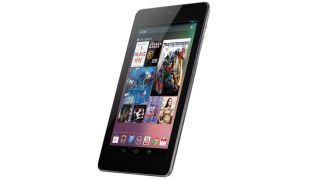 What's next for Nexus?

The second generation Nexus 7 may be arriving a lot sooner than we expected, with new information that the 7-inch tablet is expected to retail in July surfacing.

Good old Digitimes is reporting the details, so get involved with the requisite serving of salt alongside the speculation - but we've been expecting the new Nexus 7 to arrive showing off a full HD display and those new reported price points make it seem more likely than ever.

Have you been working out?

The sources said that Google will not be looking to expanding its sales through price cuts, but instead choosing to square off against Apple's iPad mini and Amazon's Kindle Fire HD.

On top of the HD, we're expecting the Nexus 7 successor to have slimmed down a tad and come with a narrower bezel.

But with a higher price, can the new Nexus 7 deter people waiting for Asus' recently-unveiled MeMo Pad HD 7, which will offer a lot of Nexus 7 features in a much more affordable HD package when it touches down a month after?