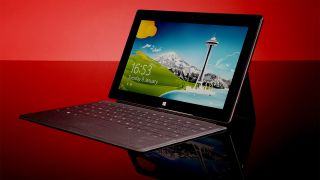 Whatever you’re looking for in a hybrid laptop, you’ll find something in our collection of the best 2-in-1 laptops. (Image credit: Future)

The best 2-in-1 laptops have changed how we use laptops forever. Alongside the classic laptop form, we now hybrid laptops that can convert into tablet or tent mode for easy viewing and gaming. What were once two distinct form factors – the laptop and the tablet – are now combined in a single device, eliminating the need to carry two devices with you.

With this versatile form factor, you can put in a full day’s work in classic laptop mode then flip your laptop into multiple modes for video streaming, internet browsing or gaming to unwind after work. These 2-in-1 laptops can be flipped it into tent mode to watch Netflix or into tablet mode for some light gaming. Packed with the best processors, many of the best 2-in-1 laptops boast a lot of power as well, enough to make our list of the best laptops available. Others, on the other hand come in more compact sizes, making them perfect for students or for working on the go. And, because they boast touchscreen displays, they allow the use of a stylus.

To make your hunt for the best 2-in-1 laptops easier, we put together a list of the best ones we’ve tested and reviewed. Whatever it is you’re looking for or can afford, you’ll find the ideal match for you on it.

The best 2-in-1 laptop at a glance

For the traveling professional

As far as 2-in-1 laptops go, the HP Elite Dragonfly tops our list with its combination of portability and power. It’s also one of the most beautiful business laptops we've tested in a long time, touting a thin and light design – complete with incredible speakers, a sublime keyboard and the optional 550 nit 4K display – that’s absolutely hard to contend with. This hybrid gets our coveted five-star rating, which already says a lot as we don’t give that out lightly. And, did we mention it also boasts an excellent battery life, which gets you a long way when working on-the-go?

For years, HP’s Spectre line of Ultrabooks and 2-in-1 laptops has been about pairing elegance with performance. The 2019 HP Spectre x360 15 is no different. It deserves a top spot on our best 2 in 1 laptops list for packing an 8th-generation Intel Core i7 CPU, Nvidia GeForce GTX 1050 Ti graphics and 8GB of RAM in its base configuration. This 2-in-1 can tackle just about anything your everyday workload throws at it – and then some (such as a bit of light gaming, for example) – while looking like royalty. Keep in mind that the Spectre x360 is somewhat big and heavy for a 2-in-1, so you likely won’t be using it in tablet mode very often. Put it in tent mode instead, so you can catch some movies on its stunning 4K display.

Making good on its Android promises

It might seem strange that a Chromebook is on a list of the best 2 in 1 laptops, and rated so highly at that. But the Google Pixelbook combines the two forms perfectly, making it well-deserving of its spot. It’s a striking device that takes the Chrome OS platform and elevates it to levels never seen before when it first rolled out. The Google Pixelbook is filled with powerful components, as well as supporting full Android apps. As such, it tears down those walls that prevented Mac and Windows devotees from truly embracing the best Chromebooks.

The HP Spectre x360 isn’t just one of the best 2 in 1 laptops out there at the moment; it’s also one of the best laptops to date. There are only a handful of manufacturers out there that marry powerful components with a dazzling design quite as well as HP does here. The gem cut chassis will draw plenty of jealous looks in the office, while the powerful hardware will breeze through all of your daily workload. That light and compact design – well, it’s so you’ll fall in love at first sight. And, when you’ve had enough showing off its prowess, you can flip it around into tablet mode to squeeze in some late-night gaming.

Are you in the market for one of the best 2 in 1 laptops which can provide solid performance and serious horsepower? Well, you’ll find it in the Dell XPS 15, which incidentally also gets our vote as one of the best Ultrabooks you can buy today. This 2-in-1 is possibly among the most coveted 2-in-1 laptops – with discrete class Radeon RX Vega graphics to boot. With it, you get a spectacular convertible that doesn’t sacrifice sheer power. So, while it comes with a price tag that’s a bit on the high end, it’s also completely worth breaking open the piggy bank.

We had nothing but love for the first Surface Book so when we heard that there was going to be a 15-inch Surface Book 2, we could barely contain our excitement. In the end though, the Microsoft Surface Pro 2 didn’t end up being the best 2-in-1 laptop out there. However, it’s still a notable machine, even if it’s held back by a few compromises that were necessary to begin with. This 2-in-1 laptop features cutting-edge 8th-generation processors as well as Nvidia 10-series graphics for gamers and creatives alike. Combine that with its unique convertible solution, and the Surface Book 2 is an ace in our book.

2-in-1 with little to no compromise

Sleek, thin and with solid specs to boot, the new Lenovo Yoga C930 is definitely worthy of a spot in the best 2 in 1 laptops list. And, that’s without stating the fact that it now offers a 4K display model, so that high-end viewing experience and decent gaming might be had once users have gotten their day-to-day workload out of the way. This 2-in-1 is a strong contender for consumers light on cash, but if you do decide to go for gold, be ready to break the bank.

It’s no secret that we’re fans of the Microsoft Surface Book 2 13-inch, seeing as how we just raved about it earlier in this list. But how about its 15-inch brother? Well, with its long battery life, high-end specs that will power through the demands of a day-to-day workload as well as a lot of entertainment, and of course, its unique design features, we’re apt to feel the same way. This model isn’t for the economical shoppers, however. Still, if you do have the money, its base model with 256GB storage is well worth the cost and is among the best 2 in 1 laptops money can buy.

Thanks to its sleek, 13-inch design, this 2-in-1 is leaner that you might have expected, which works in your favor when engaging it in tablet mode. There are other compelling reasons why the HP Envy x360 (2019) is worth considering when you’re on the lookout for the best 2 in 1 laptops. This HP beauty offers a premium build, boasts 9 hours of video playback and delivers a performance that will get you through most of your schoolwork and project, at a very reasonable price.