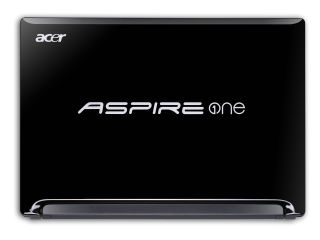 Presumably this is "diamond black"

Acer has revealed details of its latest netbook, the Acer Aspire One 522, boasting of its superior multimedia ability and sleek looks.

With an AMD C-50 APU processor and AMD Radeon HD 6250 graphics card, the netbook does seem equipped to handle HD video playback, although the 1GB of RAM will be a little limiting.

You won't be stuck with the small screen though, there's an HDMI output slot for watching HD YouTube videos and films stored on the netbook in full 1080p HD on a Full HD TV.

Shipping with Windows 7 Home Starter as its OS, the Acer Aspire 522 One will come in "diamond black" (also known as black) or green.

All models come with built-in Wi-Fi connectivity, but you'll have to pay a little more for the optional 3G and Bluetooth.

How much more remains to be seen because UK pricing is yet to be revealed. The Acer Aspire One 522 should have a UK release date in Q2.