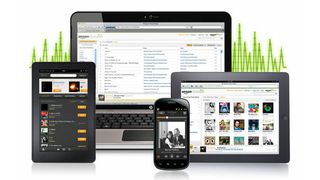 Amazon is reportedly set to relaunch its Cloud Player digital locker with an iTunes-Match style service thanks to new deals struck with record labels.

The new version of Cloud Player is expected to land in the US in July with a European rollout reportedly set for later in the year.

The original iteration of Amazon Cloud Player, which was only ever made available in the US, saw users uploading digital copies of their legit DRM-free music files and then streaming them from wherever.

Deal or no deal

But the new deals, reportedly inked with the four major music labels (Sony, Universal, EMI and Warner), will likely see Amazon able to scan a user's music collection and make digital versions available without all the tedious uploading.

All Amazon accounts come with 5GB of free Cloud Drive storage, with more available to purchase as and when you need it – although all Amazon MP3 purchases can be stored for free.

The company only recently released an iOS app for the service, which means that iPhone, iPod and iPad users have only been able to take advantage of the space-saving streaming for a couple of weeks.

From CNET via CMU