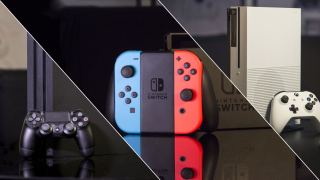 Trying to keep up with the latest releases can really take its toll on your wallet. Luckily, there are lots of tools and services designed to help you play the best games around without emptying your bank account.

Here’s our pick of the bunch broken down by platform, with a few cross-platform options to boot.

The ultimate tool for saving money on PC games. Think of it as a hub for the best deals: it catalogues every discount worth knowing about on the web in one place, which is handy given the hundreds of PC sales that are going on at any one time.

You create a ‘waitlist’ by importing your Steam, GOG or Gamersgate wishlist, or populate the list manually on the website by selecting the games you’re interested in buying. From there you can sort by price or percentage discount. It will tell you the historic low price across several buying platforms so you make sure you get the best deal, and you can set up notifications for individual games if you want a nudge when a title falls below a certain price.

Its email updates are a godsend, letting you know new deals for games that are currently on your waitlist. And best of all, it costs absolutely nothing.

A brilliant monthly bundle service that gives you curated crates of both blockbuster and indie games for just $12 a month (around £9.50). July’s bundle, for example, contained more than $200 worth of games including the excellent Galactic Civilisation III and Hyper Light Drifter. Plus, 5% of the proceeds go to charity, so you can feel good about where your money is going.

EA’s subscription service has a limited library of around 70 titles (it’s EA-only, after all), and it doesn’t give you the latest releases. But there’s lots of good games on offer including FIFA 17, Battlefield 4 and the entire series for both Mass Effect and Dragon Age. It costs just £3.99/$4.99 month, or £20/$30 for a yearly subscription. That’s hard to beat. To sweeten the deal, you get 10% off all Origin purchases and early trial access to EA games in the future.

The PS3 had some of the best games around, and you can play most of them on PS4 (or even PC) through PlayStation Now, Sony’s streaming service. There’s Shadow of the Colossus, Red Dead Redemption, Ico and more than 400 others.

There are a couple of catches to this service. First is its price: at £12.99/$19.99 a month it’s one of the steepest on this list. We’d like to see that come down by at least 25% before giving it our unreserved recommendation. But if you don’t mind spending that money, you’ll be getting some of the best games ever made at the touch of a button.

Secondly is the fact that this is a game streaming service, rather than a download and play service. This means that the quality of your gaming experience can be dramatically impacted by how good your internet connection is.

If your internet connection can handle it then the the PC version is also great if you don’t own a PS4, and Sony is beginning to add PS4 games to further expand the catalogue. There’s a seven-day free trial in case you’re on the fence.

Note: PS Now has yet to arrive in Australia.

Runner up: PlayStation Plus free games

PS Plus is almost a must-have for PS4 players because it’s the only way to play games online, and as part of the service you get a handful of free games every month.

They can be hit and miss: at the time of writing you can get the decent survival horror game Until Dawn alongside the disappointing Game of Thrones series from Telltale Games. But it is at least always good value, with more than $50 worth of free games every month.

If you’re paying for PS Plus already, you may as well try out some of the games you might’ve missed at no extra cost.

Unfortunately, although your free games are available for the length of your subscription, regardless of what month they become available, if you cancel then you'll lose access to them.

Microsoft’s answer to Sony’s PlayStation Now, the Games Pass gives you an online catalogue of Xbox 360 and Xbox One games to play at your leisure. One of its best features is that you download games rather than streaming them, which is good if you have a slow internet connection. It also means that internet blackouts won’t interrupt your time on the sofa.

The main downside is the size of the library. At just over 100 games it’s not to be sniffed at, but it’s far less than the 400+ games that Sony are offering on their own subscription service. More games are incoming, though, so keep your eyes peeled for new releases.

If you’re keen to play through the best of Microsoft’s backlog, this is a lot cheaper than buying individual titles.

EA Access is much the same as Origin Access (see PC section above), but for Xbox One. There’s a limited range of titles but among them are some of the best games of all time, including the entire Mass Effect series. Plus, it’s only $4.99/£3.99/AU$6.99 month, or a mere $30/£20/AU$39.99 for the year. You’d spend that on a single game normally – this way you can play a dozen or more for the same price.

As with PS Plus the quality varies wildly, but they’re normally titles worth trying. As of writing this you can get Grow Up, Watch_Dogs and Kane & Lynch 2 for free, each of which deserves a little bit of your time.

Unlike PS Plus, you'll be able to continue to play these games if you choose to cancel your subscription.

The days where you could pop down to your local Blockbuster, rent the latest release and spend all weekend playing it are over, but Boomerang offers you the modern equivalent. It’s an online rental store for all the latest releases for every console, including the Nintendo Switch.

There’s a range of subscription options varying from a basic £3.99 for one game a month to £15.99 a month, which gives you unlimited rentals and priority access to new releases. You can only have a maximum of two titles at a time (or one on cheaper packages), so you have to return a game to get a new one. But there’s no late fees, so you can hang onto a single game for as long as you want.

The range is enormous: whether you want the newest PS4 title or a 3DS classic, it’s got you covered with over 1,000 titles. You’ll probably need to play at least a couple of games a month to get full value out of it, but you could easily use Boomerang as your only source for gaming.

The closest you can get to Netflix for games. You can play PS4 and Xbox One games without buying a console – all you need to do is download the GameFly app on you Smart TV or Amazon Fire Stick. Provided your internet is fast enough (5Mbps or more should do it) you then stream games direct to your TV.

You pay for a package of games, either ‘gamer’ or ‘family’, and you get unlimited access to the titles in that range for just under $10 a month. The library isn’t massive, mind, with just over 100 titles available, but it is growing all the time.

Amazon Prime is full of neat add-ons, and there’s one that’s especially good for gamers. In the US, if you’re a subscriber you’ll get an automatic 20% off new game releases. If you’ve been putting off signing up – and it’s well worth the $8.99 a month of $100 a year in our view – then this is one more reason to pull the trigger.