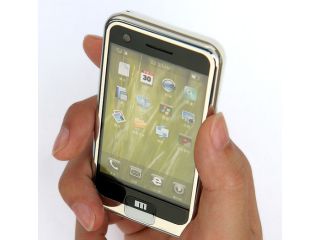 Meizu is treading a fine line with its iPhone clone.

If the phone in the photo accompanying this story looks at all familiar to you then you're not alone, however you may be surprised to know that the Chinese company behind the iPhone look-alike is claiming its product has been around since before Apple's January announcement .

Meizu reckons it made its miniOne handset public several days before this year's MacWorld event, and that any similarities to the iPhone are coincidental.

Apart from the fact that the miniOne appears to be running a version of Windows Mobile, we're still in the dark about a release date and pretty much everything else, so we'll keep an open mind on the legitimacy or otherwise of Meizu's effort.