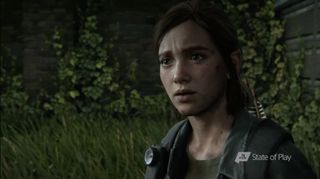 According to the game's co-director Anthony Newman, AI companions will play an even bigger role in The Last of Us 2's combat, with their shots or melee attacks doing the same damage as your own – allowing for more conscious strategy and removing the sense of babysitting hapless characters who can't shoot straight.

Speaking to GameSpot, Newman said that "our allies can do a lot of pretty exciting new stuff where they can get stealth kills independently".

"They have their own pretty nuanced melee system where they can interact with enemies in melee and also help you out and rescue as they did in the first game. They're a little bit more flexible and nuanced this time around," he explained.

It builds on comments Newman has made previously on advances to the AI allies in the next Last of Us game: "Every time you see an ally shoot an enemy, their bullets do exactly as much damage as yours do, which is just another way that players are able to make predictions and think two or three steps ahead.

"When they see Dina [one companion in the next game] take a couple of shots, and then they realize, 'I only need one more shot to finish off that enemy because I saw that happen.' And I think it's great that players can now count on that and make those kinds of plans interacting with your allies.

"In the past in almost all of our games, the allies have done kind of fake damage, where you see them shoot enemies and it's a little bit theatrical – like their bullets are clearly doing way less damage than yours."

It's a reassuring change, and one that should make the characters you meet and travel with in The Last of Us Part 2 feel even more crucial to your survival.

With the PS5 likely to launch in the coming year after The Last of Us 2 releases, too, we're hoping to see a 'remastered' version coming to the next-gen console in the same vein as the original Last of Us game – which landed first on PS3 but received a makeover for the PS4's improved graphics and processing power.