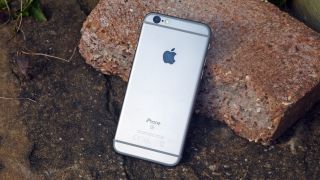 The iPhone 7 launch is likely just three weeks away, but there are conflicting reports as to when you'll actually be able to get the new iPhone in your hands.

Those looking for an iPhone 7 release date may well be a little confused, as the latest leak claiming to be official documentation from US carrier AT&T passed to 9to5Mac, suggests the handset will go on sale on September 23.

That contradicts the usually reliable @evleaks, who tweeted back in July that the new iPhone would land in stores on September 16.

Opinions from various sources appear to agree that the iPhone 7 launch will happen on September 7, with pre-orders opening two days later on September 9. That means we'll have to either wait one week or two weeks for the new iPhone to actually get to us.

Both time scales have occurred with previous iPhone launches, so even the history books can't really help us too much.

There was a two week wait between pre-orders and the iPhone 6S release date in 2015, so perhaps that's our clearest indication and gives September 23 the lead in the race for the iPhone 7 release date crown.