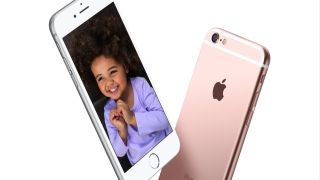 2GB of RAM, that's what you'll get from Apple's next round of handsets, according to iOS developer Hamza Sood.

The developer confirmed via Twitter that the iPhone 6S and 6S Plus would come packing the long-rumoured spec, after it was revealed by the iOS development tool, Xcode.

As a comparison, Samsung's Galaxy S6 comes with 3GB of RAM, while the Galaxy Note 5 has 4GB.

Sood also tweeted confirmation that the iPad Pro boasted 4GB of RAM, following an initial reveal last week in an Adobe-issued Creative Cloud press release, which was then removed.

True to form, Apple did not disclose just how much RAM its new devices have on board when they were unveiled at last week's big event in San Francisco.

This surprised no one. Apple's well known for its secrecy, excluding RAM from the spec pages for all of its devices.