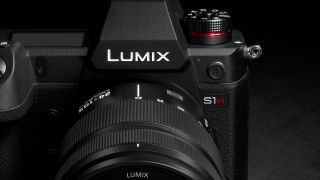 After weeks of rumors, teasers and all kinds of speculation, Panasonic has finally confirmed development of the third camera in its S series, the S1H.

The S1H is set to be a video-focused addition to its newest camera line, joining the S1R and S1 models that were announced back in September – and it has the honor of being the first model of its kind to record 6K video.

This can be captured at a maximum 24p in a 3:2 ratio, while 5.9K footage at 30p can be recorded in 16:9. Additionally, a 10-bit 4K option can shoot at 60p in either 4K UHD or 4K DCI modes, and Panasonic states that the model can capture footage for an unlimited length of time under certified operating temperatures.

V-Log comes to the S1

The S1H also comes with V-Log and V-Gamut pre-installed, which promise 14-plus stops of dynamic range. This is in contrast to models like the GH5, which can only have V-Log made available via a paid-for update.

This update will be free of charge by redemption from July 8 2019 for existing S1 users, as well as for those purchasing the camera until September 30. Anyone updating their camera after this point will have to pay for the privilege.

Additionally, Panasonic has re-iterated that it will be making 24-70mm f/2.8, 70-200mm f/2.8 and 16-35mm f/4 lenses available later this year for the system, something it disclosed earlier in the year in its roadmap for the line.

Panasonic says the S1H will be available "in the autumn" - so September-November - at a price of $4,000 in the US, while pricing for the UK and Australia has not been confirmed as of yet.

The DMW-STC14 and DMW-STC20 teleconverters, meanwhile, will retail at £489.99 and £579.99 respectively in the UK; again pricing for the US and Australia has not been confirmed.