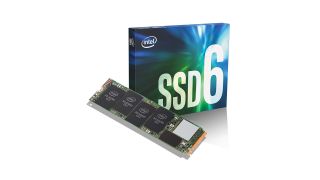 If you're out there shopping for a solid state drive ahead of Amazon Prime Day, it can get kind of expensive out there. While SSDs are getting cheaper virtually by the day, it can be hard to find a capacious drive that isn't prohibitively expensive.

Luckily, today on Amazon, you can pick up the Intel 660P NVMe SSD for just $99.69, which is a whopping 53% off of the list price. In fact, you'd be hard pressed to find another SSD at the same capacity and speed for a lower cost.

In our mind, the best SSDs manage to balance price and performance in a compelling way – you don't want to spend extra cash on an SSD that's not significantly faster, and you don't want to pick up the cheapest SSD on the shelf that barely works.

Now, the Intel 660p isn't the fastest SSD on the market these days, but it's still fast enough to speed up most users' systems. This SSD will get you up to 1,800 MB/s of sequential read speeds, and up to 150,000 IOPs of random speeds – which will make it a great SSD for the best PC games out there.

This SSD was already a pretty decent deal for the capacity, and cutting the price in half only makes it more appealing. So, if you're looking to build a new PC when AMD Ryzen 3rd Generation and AMD Navi drop in July, you might just want to jump on this 1TB SSD deal.