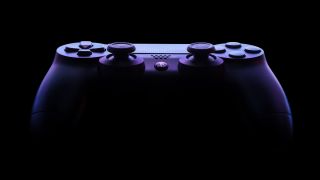 A key feature of the PS5 controller was seemingly just leaked – and by PlayStation itself, no less.

As spotted by GamesRadar, a comparison page for the Sony PS4 and PS4 Pro appeared to list both consoles as being compatible with the DualShock 4 and DualShock 5 controllers – "DS4 / DS5".

The page was listed by PlayStation France, though the below screengrab was posted to forum site Resetera before the company spotted the leak.

While it's possible that this is a typo – which we have to at least consider – the official listing on a highly technical page means it's much more likely that the PS5 controller will be able to work across consoles both old and new.

We know that Sony is thinking a lot more about backwards compatibility in general, and it would be a nice option for gamers wanting to enhance their PS4 experience without upgrading to a several-hundred-dollar console.

Sony Interactive President Jim Ryan has spoken out on the high-end capabilities of the controller, stressing the improvements that its improved audio and haptic feedback (instead of the DualShock 4's rumble feature) have on existing PlayStation games.

Ryan said, "3D audio and the haptic feedback support of the controller are also things that, when you try them, you will be surprised at how big a change they are. Even just playing the racing game Gran Turismo Sport with a PlayStation 5 controller is a completely different experience.

"While it runs well with the previous controller, there is no going back after you experience the detailed road surface via haptic control and play using the adaptive triggers."

We also expect the PS5 controller to work on PC, as the DualShock 4 currently does.