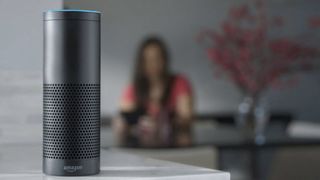 Amazon's Alexa may have over 10,000 skills, but that doesn't mean the digital assistant found in the Amazon Echo, Echo Dot, and other devices is done learning new tricks.

Soon, Alexa will also be able to take calls and send out messages for you, whisking off your digital communiqué to other Alexa users with simple voice commands.

Using this new skill is as straightforward as saying "Alexa, call Mom," or "Alexa, play back my messages," and is offered at no additional charge. Additionally, calling friends and family via Alexa is still an option for those without one of Amazon's smart speakers.

According to Amazon, the digital assistant is able to reach just about any Alexa-enabled device, meaning that iOS and Android phones can also take advantage of the feature by downloading the Alexa app.

The feature doesn't have a specific date for release just yet, but is expected to come out sooner rather than later.

We expect it won't be too far behind, as Amazon's other recent reveal — the Amazon Echo Show — takes Alexa's newest feature to the next level with integrated video calling.