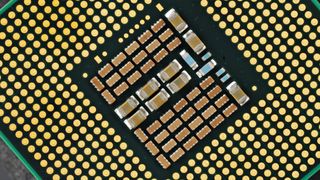 Qualcomm, the company that builds the Snapdragon processors present within a vast array of smartphones, has warned it is struggling to keep up with demand for the chips.

The American giant and world's leading mobile chip manufacturer, says it underestimated demand and now its third-party factories can't create enough to last until the end of 2012.

The Smartdragon S4 chip in question provides the power for many Android and Windows Phone manufacturers, so supplies might be hit as the year draws towards a close.

Qualcomm says it is nudging clients towards the more plentiful Fusion 2 chipset supplies, but admits some smartphone manufacturers will look to rival chip-makers.

"In any constrained environment, people look for any alternative they can in order to solve the problem," Qualcomm chief operating officer, Steve Mollenkopf says.

"We've been helping customers to see how they can swap in our Fusion 2 chipset, which is the chipset that we have been ramping over the last 8 months in production.

And we do expect to see some alternative non-Qualcomm chipsets being used to solve that issue as well."