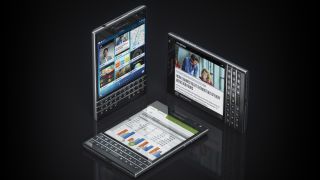 BlackBerry's going to spill the beans

If you're wondering what BlackBerry has up its sleeve for the next year then it looks like you'll only have to wait until Mobile World Congress 2015, which kicks off in March.

The CEO of BlackBerry, John Chen, has confirmed that he will be revealing BlackBerry's 12 month roadmap at the convention in Barcelona.

That means we should get a good look at BlackBerry's plans for the forthcoming year. Will these plans include the rumoured model with a self-hiding QWERTY keyboard, or another radical design in the same vein as the BlackBerry Passport? Or maybe just a load of Classics...