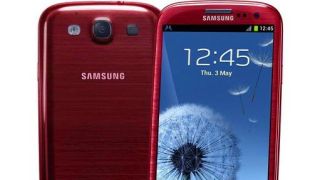 Bummed that AT&T hasn't come through with the red Samsung Galaxy SIII they promised before launch? Maybe you're just not being patient enough.

AT&T announced that its red Samsung Galaxy SIII will finally be available starting on July 29, but if you're eager to part with your cash, you'll be able to preorder it this weekend.

AT&T nabbed an exclusive on the red Samsung Galaxy SIII, while their U.S. rival carriers have to make do simply with black or white models.

The good news is, loving the color crimson won't cost you - the 16GB model will sell for the same $199.99 with two-year agreement as existing models.

All you'll need is some patience, because the red model won't hit stores until Sunday, July 29, with preorders beginning this Sunday, July 15 for delivery on or around the same in-store date.