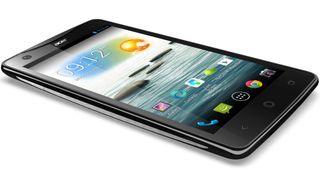 Kicking off Computex in Taiwan today, Acer unveiled its first phablet handset, the Liquid S1, previously hinted at during MWC.

A feature Acer is really underlining is the Float UI, which can have various widgets running on top of apps for a seemingly more efficient multitasking experience.

Acer claims the Liquid S1 will pack "a day's worth of battery power" - though we wouldn't say that's an awful lot to brag about.