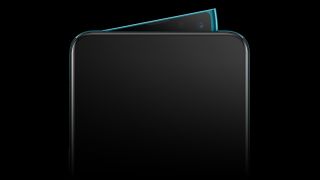 After Oppo launched its Reno 5G smartphone in Europe last month, the Chinese tech giant is bringing its new future-ready flagship Down Under, alongside its 4G sibling, the Oppo Reno 10x Zoom.

As the latter’s name may imply, one of the star features shared by the two new Oppo handsets is the capability to perform a 10x hybrid optical zoom using a combination of the phones’ 48MP primary lens, 13MP periscope telephoto lens, 8MP wide angle lens, and dual optical image stabilisation.

Another part of the Reno range’s charm is its notch-free face, which allows for an impressive 93.1% screen-to-body ratio. It performs this clever trick with a similar gimmick found in the company’s previous Find X flagship – a pop-up selfie camera.

If you opt for the pricier 5G handset, naturally, you’ll be one of the first in the country able to experience the breakneck speeds (more than a Gigabit per second) promised by the new network standard, however, only Telstra's 5G network is currently operable.

This puts it squarely up against the likes of the Samsung Galaxy S10 5G, which landed in Australia earlier this week, although the Korean company’s contender is currently only available with Telstra plans and hasn’t been given concrete details for an outright handset release.

The Oppo Reno 5G is available to pre-order from May 31 for a price of $1,499, and will officially land on sale on June 11. As an added bonus, you’ll also score a pair of Bose QuietComfort 35 noise-cancelling headphones valued at $499.95 via redemption – but only while stocks last.

The Oppo Reno 10x Zoom is also available from June 11 for a cost of $1,199, and – similar to its 5G sibling – comes with the ability to redeem a pair of Bose SoundSport Free wireless earphones valued at $299.95 (also while stocks last).