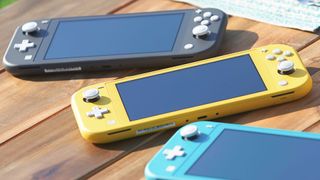 The Nintendo Switch Lite is the first new Switch model since the original console released back in 2017. According to a report from the Wall Street Journal, however, this may only be the beginning.

The report cites sources inside Nintendo, who say that the company has a lot more planned for the Switch lineup beyond the smaller, handheld console:

"People familiar with Nintendo’s product planning say it has ideas for further updates to the Switch lineup after those two models to make the platform’s lifecycle long. Chief Executive Shuntaro Furukawa has said the company is always working on new hardware."

We'd expect this from Nintendo: the console-maker has released countless models of its dual-screen DS range, including the current flagship, the New Nintendo 3DS XL.

But it gets even more interesting when considering the supply of new displays that electronics company Sharp is selling to Nintendo. The IGZO displays (it stands for "indium gallium zinc oxide") are used in Sharp's smartphones, as well as crucially its 8K TVs, seeing as they enable high resolution output in a durable material – perfect for a handheld console, perhaps?

There's been chatter about a more advanced Switch Pro or Switch 2, with a bump in picture quality over the Switch's 1280 x 720 pixel display. If Nintendo looks to offer a more advanced model, possible one capable of 4K gaming, these screens may signal the start of a manufacturing push for a Switch Pro, or something like it.