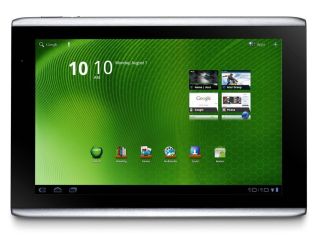 Acer has confirmed it has reduced it forecast for tablet sales in 2011 by almost 60%, as well as fewer notebook shipments.

According to Reuters, Acer Chairman J.T. Wang told reporters that the company is looking at shifting up to 3 million tablets in 2011, far fewer than the 5-7 million previously anticipated.

This means the world's second-biggest PC maker will still be selling around 800,000 tablets in the second and third quarter of this year, although that figure is dwarfed by the likes of the iPad and Motorola Xoom.

Acer hasn't experienced the most vibrant of entrances into the increasingly crowded tablet market after it admitted its 7-inch Iconia Tab A100 would be pushed back for release later in the year.

It has already released the likes of the Iconia Tab A500 and W500 so far, and rumours are abounding that Acer is looking to bring out a tablet running MeeGo, the seemingly-unwanted OS from Nokia and Intel.

The company is also one of the first to release a Google-powered Chromebook, although it's likely the products from this line-up will take some time to gain traction in the notebook market too.