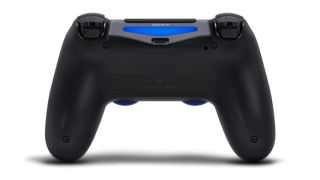 I don't envy Microsoft's PR staff the summer they've had.

While the rest of us baked contentedly in the seasonal heat, Microsoft's army of public relation executives were made to sweat profusely as they applied damage-control to their bosses' cack-handed attempts to reboot the video game industry.

In the weeks leading up to Gamescom the heat cooled slightly as Microsoft worked methodically to extricate Xbox One from tangles of its own making.

Much of this work was focused on neutering its most controversial proposals concerning an always-online requirement, aggressive software licensing and its Big Brother style Kinect camera.

Regardless of the manner of its pre-launch U-turns, the end result is that not even the earliest adopters of the Xbox One hardware will be hobbled by Microsoft's misguided policy proposals.

Since then, Microsoft has moved from simply looking to mitigate its potential losses with the console-buying public to providing tangible reasons for it to opt for Xbox One over Sony's PS4. As such, its big announcement going into Gamescom was that a digital download copy of FIFA 14 would be bundled for free with its European 'Day One Edition' pre-orders (though it was originally promised that all pre-orders would get the game which appears to be false. Read more here).

At first glance, this is a huge coup as EA's FIFA franchise is one of the biggest video game properties in the world. In truth, the £80 RRP difference between PS4's £349.99 and Xbox One's £429.99 is more than enough to cover this discrepancy and that's before taking into account PS4 retailer bundles.

However, the true value to Microsoft is in how its ability to secure such a deal with publishing giant EA resonates in the minds of gamers.

This is something that Microsoft does very well and there was a lot of talk at Gamescom of the numerous variations of software exclusives that are coming to Xbox One. Interestingly, the genuine platform exclusives – that is, actual games that will appear only on Xbox One – are less important in the short-term than the timed-exclusive content that Microsoft has secured for titles launching on both its and Sony's new hardware.

Cue the announcement that DLC for Activision's blockbuster Call of Duty: Ghosts will launch first on Xbox One.

While Microsoft is slowing winning back the audience that it scared off a few months ago, there's a significant portion of the development community that remains less enthused. Developers have been impressed by Sony's commitment to making its platform easy to work on and its willingness to support their efforts to bring an eclectic mix of content to PS4.

With the internal architecture of Xbox One and PS4 accepted as being broadly similar, it's this latter point that seems to be swaying the majority of developers that I spoke to in Sony's favour.

This was most succinctly summarised by one development team that is bringing its title to PC and PS4 but not Xbox One. "It's not about our resources or the platform architecture," they said. "It's not a technical issue or even a licensing issue. It's about Microsoft's policies."

Over the past few months, Microsoft has repaired some of the damage that its early corporate naval-gazing did, but it's clear that behind the scenes there's more work to be done.

Loyal gamers may forgive and forget but it's not just about papering over the cracks of your outward appearance by way of canny PR, as those working to make the games that will ultimately sell your system must be equally convinced.

In this respect, Sony has emerged the early leader. The Japanese hardware giant has also found smart ways to sweeten the introduction of new policies and appears to be genuinely willing to learn from its past mistakes.

What a difference a generation makes.