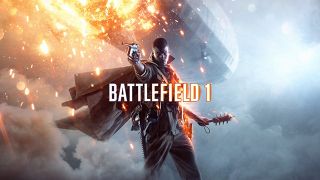 UPDATE: The price has gone up £3 since we originally published this article. The game is still about a fiver cheaper than anywhere else though.

Battlefield 1 is looking more impressive each time we see it in action and after EA's showing at E3 last night, we've been scouring the net for a decent pre-order deal.

We didn't expect to see one this good though. Simply Games is taking orders for the PS4 and Xbox One versions for just £37.85, that's £4.90 cheaper than the next best deal at GameSeek. After that, most stores are charging £45-£50.

This preorder also includes the Hellfighter DLC as detailed below:

Hellfighter Bolo Knife – Fearsome blade etched with the Hellfighter regiment number 369th that makes your enemy feel homesick at first sight. Hellfighter Insignia – Wear this emblem to show your belonging to the elite Hellfighter unit and-in-still fear on the Battlefield."

Sure the October 21st release date is some time off yet, but for a Triple A EA game, that price is fantastic as you'll rarely see one of its games preordering for under £40 and once they're out, they'll usually take ages to discount.

Battlefield 1 takes the series to World War I, a setting often ignored in games. Many gamers have been tiring of the modern/near-future military shooters of late and have been clamouring for a return to WWII. This could be even better. Not so sure how we'll fare charging tanks with horses though online.