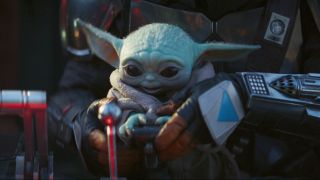 The long wait for Disney Plus UK is almost over. The Disney Plus release date in the UK and Ireland is March 24, a week earlier than the first-announced March 31 date, meaning we have mere weeks to wait until the streaming service finally lands.

We also know the Disney Plus UK price, too: £5.99 per month or £59.99 per year. But it's running a limited time offer when you pre-order, of £49.99 for a whole year (sign up here). Subscribers to the UK-only Disney Life service will be migrated over to Disney Plus, but Disney hasn't elaborated on exactly how that'll work yet.

Here's the deal that saves you £10 on a Disney Plus UK subscription:

Disney Plus annual subscription: £ £49.99
Until launch, save £10 on a year of Disney Plus. This offer expires on March 23, and it gives you 12 months to stream old and new Disney content to your heart's content. Disney Plus discounts don't tend to be that frequent, so act fast if you want it. View Deal

Disney Plus originally launched back in November, but if you were hoping we'd get every episode of The Mandalorian at launch, episodes will only start to 'roll out' on the March 24 launch. Still, future originals are more likely to keep pace with US releases.

Below, we'll talk you through everything we know about Disney Plus's UK launch, price, compatible devices, shows, movies and the possibility of Sky Q integration.

Disney Plus has an updated release date in the UK: March 24, a week earlier than initially planned. It launches in Ireland, France, Germany, Italy, Spain, Austria and Switzerland at the same time.

It's been an absurdly long wait for Disney Plus to arrive in the UK, but it's getting close now. No one's been thrilled about getting the streaming service – including originals like The Mandalorian and Lady and the Trap – four months after the US, especially when we've had to fend off Baby Yoda memes for that entire time.

That said, although many Disney fans in Europe might've felt a bit left out by the staggered release date of Disney Plus, Disney fans in South America and Asia will be doubly disappointed as they still have yet to get a Disney Plus release date for the service for Brazil, Japan, Argentina and dozens of other Disney-loving countries.

It does feel like the delayed rollout of the service has made piracy Disney Plus's worst enemy, even knowing a firm date is on the horizon for many European countries.

We saw the UK release date for Rick & Morty Season 4 brought forward after fan backlash over the delay, but doing so for a whole platform such as Disney Plus was likely too big a task. After all, a lot of Disney movies were still on Sky over the holidays, including most of the Star Wars films.

The delay is presumably more to do with available programming than anything else. We know The Mandalorian, though, will only start releasing episodes on March 24 – meaning UK viewers may have to wait longer to see the Star Wars show in full.

#TheMandalorian episodes will start to roll out from March 24th. @StarWarsUK pic.twitter.com/jY6gA2gFPvFebruary 17, 2020

Disney has confirmed that Disney Plus will cost £59.99 for an annual subscription, or £5.99 per month. Until March 23, you can pre-order a year's subscription and bring the price down to £49.99. Those are the two available tiers, and you can cancel at any time. Unlike in the US, where it's bundled in with ESPN and Hulu, in the UK Disney has so far only been announced as a standalone service.

Either tier gets you four concurrent streams, unlimited downloads with a maximum of 10 devices and the option to create seven profiles. Disney UK doesn't specifically mention 4K resolutions, just 'high-quality' viewing. Since it's available in the US and Australia, though, expect to see that for the same price tier. We'll explain more about compatible apps below.

In the US, you can gift a year of Disney Plus either digitally or in the form of physical cards, but no such option has been announced for the UK yet.

According to a report by The Telegraph, Disney Plus may be integrated into Sky Q and Now TV at launch. That means Sky Q users will be able to access content through the Sky interface, similarly to how it currently incorporates Netflix. We'll update this page if the deal gets confirmed – but you can assume that The Telegraph scoop was made with some confidence.

Disney Plus UK: shows and movies

Star Wars series The Mandalorian is the clear highlight of Disney Plus originals. As mentioned, episodes will only start to 'roll out' on March 24. Expect the live-action Lady and the Tramp, High School Musical: The Series, Encore!, The World According to Jeff Goldblum, Togo, Diary of a Future President, Forky Asks a Question and The Imagineering Story at launch, too.

An important thing to note: UK Disney Plus content will differ to Disney Plus US, which already has movies like the live-action Lion King and Aladdin pictures from 2019 to stream.

As of mid-February, Disney started sending out marketing emails with samples of what to expect from Disney Plus UK at launch, which will include over 1000 films, series and originals, according to the email. Here's everything we spotted on there that isn't an existing Disney Plus original, as well as content the official Twitter account has discussed – most notable is X-Men: Days of Future Past, as none of the Fox X-Men movies are currently on the US version of the service.

Now, everything else from the archives is more of a question mark. Will Disney Plus UK get 30 seasons of The Simpsons, for example? We're not sure either way. Sky has the exclusive rights to new episodes here, but it doesn't offer any episodes for on-demand streaming. We've asked Disney about The Simpsons on Disney Plus UK specifically, and we'll update you if there's an answer.

Fans on Reddit have noticed, though, that while the launch trailers for Disney Plus France and Spain tease The Simpsons' presence, the UK trailer does not. Let's wait and see what happens.

Likewise, Sky has a pretty deep archive of Disney movies right now, including 2019's Aladdin. It's hard to tell how that might affect the content on Disney Plus, so for now we'll have to wait and see.

In the future, Disney Plus is getting plenty of big exclusive shows. From the Marvel Cinematic Universe side of things, new shows include The Falcon and the Winter Soldier (August), WandaVision (November), Loki (2021), Hawkeye (2021) and animated show What If?. Further off, expect TV shows based on Moon Knight, Ms Marvel and She-Hulk. Unlike Marvel's Netflix shows, too, these will canonically be part of the MCU, and feature actors crossing over between the movies and these TV series.

Lucasfilm has a second season of The Mandalorian coming in October 2020, then further off it's making shows featuring Ewan McGregor's Obi-Wan Kenobi and Diego Luna's Cassian Andor from Rogue One.

Disney Plus should launch on pretty much any device you can name in the UK, including mobile devices, games consoles, streaming media devices and smart TVs. You can take Disney Plus shows on the go, too, downloading as many movies and shows as you can fit on your device, as long as you have an active subscription and connect to the internet every 30 days.

In the US, the app launched on Apple TV, Roku streaming devices, Android, iOS, PS4, Xbox One, Nvidia Shield, Hisense TVs, Google Chromecast and Amazon's Fire range of streaming devices. One notable exception is the Nintendo Switch, which is still pretty poor at supporting streaming services.

Philips has confirmed its Android-based smart TVs will support Disney Plus.