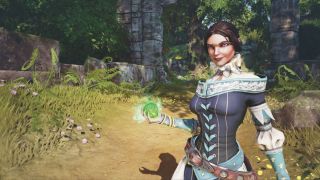 Chicken Chasers, it's been almost a decade since Fable 3 was released and we're thirsty for a brand new Albion adventure.

So when it rumors emerged that Forza Horizon developer Playground Games would be taking up the mantel for the long-awaited new addition to the fantasy RPG, fans around the world rejoiced. But with Lionhead Studios no longer at the helm, what will a new Fable look like?

It seems we don't have to wait long to find out as details of Fable 4 have leaked just days before E3 2019, essentially confirming the game is in the works and that it'll have some big differences from the other entries in the series.

Twitter user Nibel spotted a post on Reddit which allegedly details information on the unconfirmed Fable 4. While it's worth taking this leak with a pinch of salt, it does outline some pretty interesting changes - if true.

Firstly, the post claims that Fable 4 won't actually take place in Albion at all as both the lands of Aurora and Albion have been destroyed by a Mad King who rebuilt the Spire and used it to wish for an asteroid to destroy the planet. Classic bad guy.

If that's not enough, the Mad King also wished that the asteroid would strike the planet again in the future. This is apparently where you come in. It's up to the hero to stop the planet being destroyed again, with the help of Theresa and the Heroes Guild (which now resides on another planet). Oh yeah, and Jack of Blades is apparently back.

While the game will apparently be a medieval themed open-world and see new continents, time travel is rumored to play a large part in the story.

In addition, Fable 4 will apparently do away with guns, feature an in-depth character creator, multiplayer and task players with building towns (which will tie into the main quest "heavily").

If these leaks are to be believed then Fable 4 will be a radial departure from previous core games in the series. While building towns and making choices has always had an overall impact on the story, time travel sounds a bit more sci-fi than the fantasy theme we're used to.

Only time will tell and we're hoping to hear more about Fable 4 (including an official announcement) during E3 2019.